You are here: Home1 / Date set for club’s AGM

The Club’s Annual General Meeting will take place on Thursday, 20th August, at 8pm in the Clubhouse. 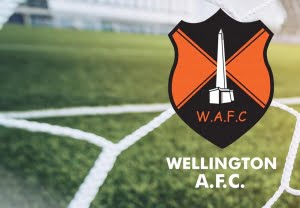 If you would like to attend, please e-mail admin@wellingtonafc.co.uk by 13th August as numbers are limited and a record needs to be kept for track and trace purposes.
On arrival, please follow the social distancing measures which will be in place.

We are delighted that midfielder Glen Wright has committed to the club for the new season.
Glen captained the side in the Toolstation premier division until the 2019-20 campaign was brought to a premature end.
Manager Tim Legg said: “Glen is a pivotal member of the squad and sets a great example both on the pitch and off it.”
Also signing up for the new season are most of last season’s squad including striker Jesse Howe and keeper Tom Welch.#
***
As pre-season training gathers pace, we are now using the Hudl performance analysis tool so that our coaches and players can review their development.
Winning start to friendlies