Unbeaten run comes to an end

You are here: Home1 / Unbeaten run comes to an end

Tim Legg’s side were on top for most of the first half without being able to break the deadlock and then it all went wrong after the break. 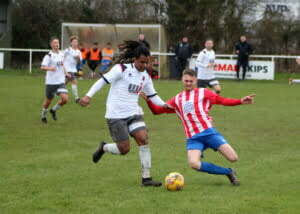 Legg opted for a three-man defence of Mark Cornish, Tom Stone and Jordan Casey and the decision looked like it would pay off as Wellington took game to Bitton, who won 3-2 at the Playing Field back in September.

They peppered the home goal with shots but the closest they came to scoring was when Sam Towler rattled the crossbar while Jamie Nicholson – an early sub for the injured Mason Raymond – turned a low cross over the bar from close range.

Bitton clearly prefer playing up their slope and it became the archetypal ‘game of two halves’ as they were on top from the re-start before the contest turned in the space of four disastrous minutes for the visitors.

It started on the hour mark as Wellington failed to deal with a ball over the top and Ben Withey broke up the left to drive a low shot past keeper Shay Allen.

Only a few minutes later came the game’s pivotal moment. Bitton striker Dean Griffiths sprang the offside trap and raced clear only to be brought down by the onrushing Allen, who received a red card.

Both came from distance – Callum Ball firing a rocket into the top corner before sub Matt Hughes made it 3-0 with a low shot which Quick was unable to keep out.

Wellington will be looking to put things right on Wednesday night when they host Ilfracombe Town at the Playing Field (ko 7.45pm).

Match photos below – click on the first image and scroll through … 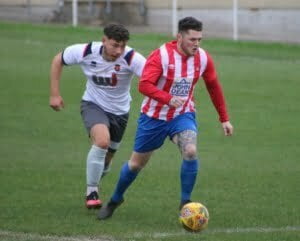 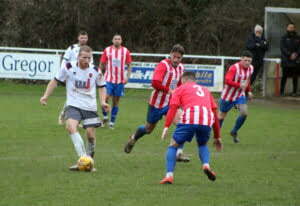 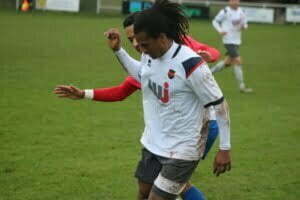 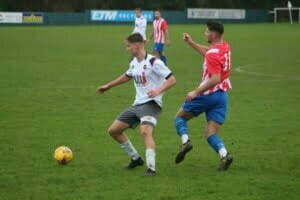 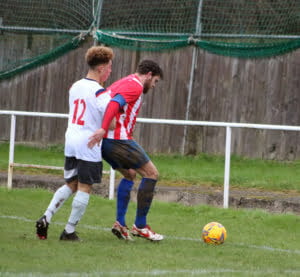 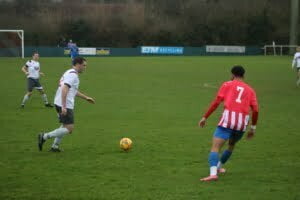 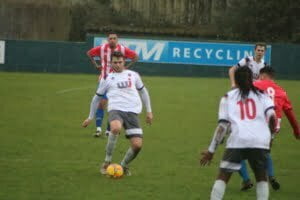 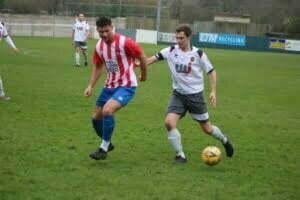 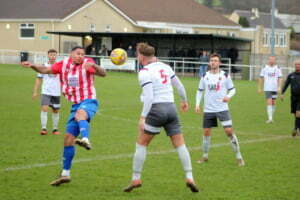 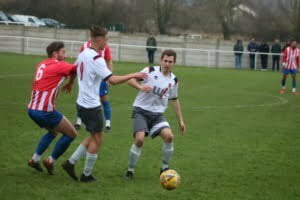 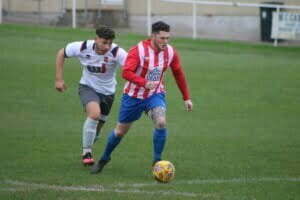 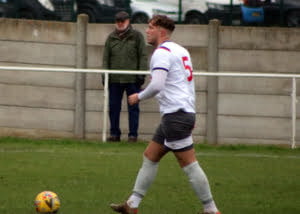 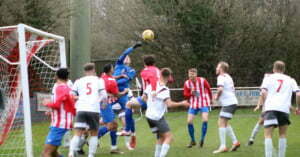