You are here: Home1 / Odd-goal reverse thwarts A team hopes

A very disappointing day for our A team as they all but lost their outside chance of pushing for the league title. 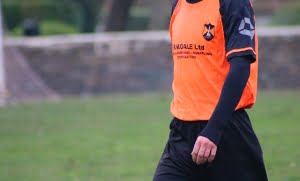 Welly started the game very slowly and went behind after 25 minutes from a well-worked Wyvern goal. Welly only carved out two half-decent opportunities in the first half, one through Matt Holmes who hit the post and and the other for Jordan Sellick who fired wide from a tight angle.

After a half time team talk, they came out slightly better and moved up a gear into second. Liam Thorne equalised for Welly with a good finish but then it was back to first gear as Welly just couldn’t create in the final third.

Once again, just like the previous week, with six minutes remaining the sucker punch came as Wyvern put themselves 2-1 up with another well worked goal. Welly pushed and pushed to try get an equaliser, hitting the bar in the process but it wasn’t to be.

Hard to take for all the boys but we now move on to a trip to Minehead. Welly still have plenty of games in hand over third-place Wyvern so it’s still in our hands to get into the top three.