You are here: Home1 / Great news! It’s carry on, Clive

Wellington AFC has announced that Clive Jones is continuing as first-team manager for next season. 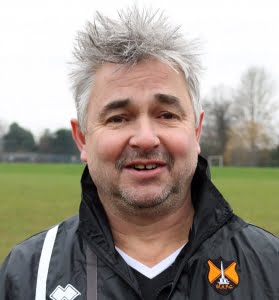 It will be his fifth campaign in charge of the Toolstation League premier division club, having led them to promotion in 2016-17.

Chairman Mike Hall said: “We’re delighted that Clive will be staying with us.

“Although this season will see us finish around the same position as 2017-18, we can still be satisfied having lost a number of key players and also suffered a catalogue of injuries to others.

“With Clive at the helm, a talented squad and a promising crop of youngsters coming up through the Reserves, the future’s looking bright for Wellington AFC – we are in good shape both on and off the pitch.”