Another excellent year for our club

You are here: Home1 / Another excellent year for our club

A successful year for our club – both on and off the pitch – was reported at the annual meeting in the clubhouse on June 4th. Here are the details …

Reviewing the playing side, Mike Hall said it had been another busy season particularly in terms of participation.

The club’s youth setup continued to grow and now consisted of a “phenomenal” 29 teams of boys and girls, with the Wildcats (girls) becoming an SSE Centre of Excellence.

Mike paid tribute to the outstanding work of Colin Waller (Youth Co-ordinator), who worked extremely hard with the coaches, managers and volunteers running the teams.  He said Colin needed more support as the growth continued and any offers of help would be appreciated.

Turning to the senior sides, Mike said the First Team had enjoyed a sound and solid second season in the Toolstation League premier division.

It was difficult to compete against sides with far more resources and the fact that they had managed to do so was testimony to manager Clive Jones, his assistant Ben Welch and the team. They needed support to be even more competitive and the club was looking to provide this next season.

The Reserves were a fantastic group of young players with a sprinkling of experience and manager Paul Pocock, assisted by Sean Buttle, had done a wonderful job with a number of the youngsters progressing to the first team.

The A team, managed by Luke O’Hara, had enjoyed a great season and finished third, which meant they were likely to be promoted to division two of the Taunton Saturday League, while the ladies – under John Sellick – continued to enjoy their football in a challenging league as they prepared for their tenth season.

Mike thanked everyone who had helped the club in any capacity during the season, saying: “We sit here with a clubhouse which is the envy of everyone at this level”. He thanked Reg and Jenny Oxby (Clubhouse Managers) and the volunteers who helped on the bars, with catering, gate duty, selling raffle tickets and washing kit.

Mike also thanked Ken Bird for re-vamping the club’s website and social media offering “to give the club the kind of profile we need in this day and age.”

Finally, he thanked all the club’s sponsors for their support and Graham Aspin (Vice-Chairman) for his efforts in securing sponsorship. 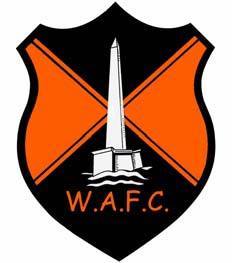 Jeff Brown said the club had been able to negotiate a new lease for the land at the Playing Field – covering the clubhouse and changing rooms, stand and pay hut – and for first call on the main pitch, thus securing the future at our North Street home for the next 20 years while the Wellington Playing Field Strategy moved forward.

Jeff, who was supported throughout his first season as secretary by his wife Jane (also Membership Secretary and Programme Editor), said the strategy aimed to provide a much-needed new home for football in Wellington with the need for more pitches very evident.

Thanking Steve Coles for his work in guiding both the Wellington Sports Federation and the Steering Committee through the process, Jeff said everyone was working as hard as they could although it was likely to take several years for the project to come to fruition.

On the playing front, he said the first team would be looking for improvement next season while recent changes to the structure of senior football could present both the Reserves and A team with stiffer challenges to face.

Thanked for his efforts by Mike Hall, Jeff outlined plans to put the matchday programme on the club’s website from next season, which would make it available to a wider audience.

He added: “The club continues to be supported by the very hard work of the small committee, who raise funds and run the clubhouse with the help of voluntary bar staf,  but assistance is needed to lighten the load and help the club progress.

Reg Oxby presented an extremely positive financial report, showing that the clubhouse profit had increased by more than £4,000 to nearly £20,000 with bar takings up by more than £8,000.

Reg also reported that the club had also paid off a £5,000 brewery loan during the course of the year, which meant that its profit margins had improved.

He said the profit could not have been achieved without the hard work of the many volunteers, such as the bar staff, while hall bookings were up from the new website. He also thanked Jane Brown (Membership) and Graham Aspin (Sponsorship) for their efforts along with John Sellick, for various work around the club.

Mike Hall thanked Reg and Jenny, along with Jane and Graham,  while Reg closed his report by announcing plans to offer cheaper drinks to club members, starting later in the year.

It was agreed that the membership year should run from September 1st, starting this year, and that some categories of membership would increase in price for the first time in several years.