You are here: Home1 / Excellent display for first home win

Wellington opened their home points account with an excellent victory over highly-rated Tavistock which lifted them off the foot of the table. 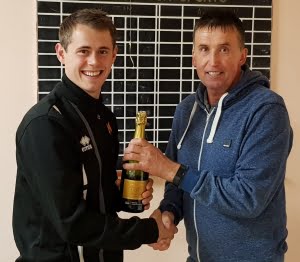 Manager Clive Jones rang the changes after the 5-0 defeat at Westbury United including a revamped defence with new signing Mike Humphries from Barnstaple and Glen Wright dropping back from midfield to swap places with skipper Sam Bryant.

That wasn’t the only change as Jones was joined in the technical area by Richard Pears, who started the season as manager of premier rivals Buckland Athletic.

For their part, Tavistock are newcomers to the league and have got off to an impressive start with only one defeat and they went into the game with one eye on a big FA Cup match in Kent on Saturday.

But their decision to rest a number of regulars against the division’s bottom club backfired badly as they conceded three first-half goals to a rejuvenated Wellington side.

The hosts nearly went ahead after only two minutes when a perfect cross from the impressive Harrison saw Conor Bryant rise to head the ball on and against the post but Josh Wadham was unable to convert the rebound.

Bryant was not to be denied, however, and two minutes later a cross from the left looped into the air … this time his header gave keeper Tom Watson no chance.

After 12 minutes, Wellington doubled their advantage when a through ball reached Watson but his clearance cannoned against the onrushing Bryant and into the net.

By now, Wellington were rampant and Bryant could have completed his hat-trick before they made it 3-0 shortly after the half-hour, Wadham pouncing on a defensive mistake to produce a clinical finish.

Tavistock threw on three of their rested players for the second half and took the game to the home side but had left themselves too big a mountain to climb.

They pulled a goal back through Josh Graham after 65 minutes but Wellington closed the game out well, despite losing three players through injury, and could even have restored their three-goal advantage in the closing stages.

An excellent result ahead of a home game against another in-form side, Exmouth Town on Sunday – part of the league’s Groundhopper Weekend – with a 2.30pm kick-off.

PHOTO: Glen Wright was named man-of-the-match and the award was presented by John Pengelly.

A team return to top of league
Scroll to top