Lively Reserves held to a draw

You are here: Home1 / Lively Reserves held to a draw

As has been the story of the season, misfortune and missed chances in front of goal cost the young Reserves side victory at the Playing Field on Saturday. 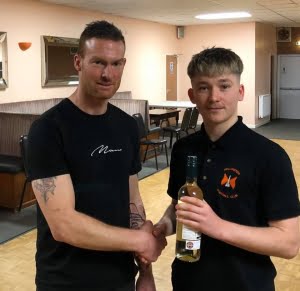 Wellington started the brighter and were soon a goal up, the lively Rohan Poulsom scoring a header at the back post, provided by his man-of-the-match brother Wes.

The rest of the half was fairly even with Wellington creating the better of the chances but it remained 1-0 until half-time.

Wellington started the second half as they ended the first, creating some good chances. The best fell to Baker whose shot from inside the six-yard box found the underside of the bar.

This proved to be the turning point as, a few minutes later, a speculative shot from 30 yards from the Uni found the top corner.

As expected, the Uni side’s fitness levels showed in the final ten minutes as they bombarded the Wellington back line who, to their credit, held firm and saw out the side’s fifth 1-1 draw of the campaign.

The effort and willingness to work hard off the ball in the side cannot be faulted, and with just a little bit more luck and composure in front of goal the draws will soon turn to wins.

Defeat in Devon by new leaders