Double strike leads to away defeat

You are here: Home1 / Double strike leads to away defeat 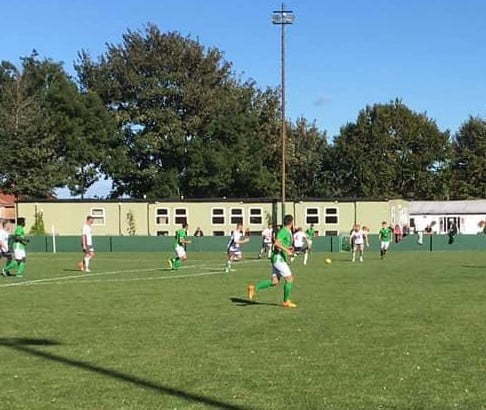 A pair of goals shortly after half-time consigned Wellington to their second league defeat of the season at Street.

Manager Tim Legg opted for a change in formation in an effort to open their win account, playing without a central striker.

The move looked to have paid dividends as the visitors matched Street – beaten only once in the league so far – in a goalless first half.

George Sinnott had an excellent chance to open the score after only two minutes, latching on to a back back-pass but lobbing wide of the target.

Recalled keeper Tom Welch pulled off a smart save shortly afterwards but was beaten by the best effort of the half after 22 minutes, Kyle Strange’s cracking shot from inside the D smacking against the bar.

Wellington were indebted to Jack Lewis for a brave block and skipper Miles Quick for a last-gasp tackle as the scoreline remained blank.

Legg introduced Jesse Howe for Harry Walford at half-time but it all went wrong for the visitors two minutes into the second half. A corner from the right seemed to sail over everyone and dropped in at the far post, the goal eventually being credited to Strange.

It went from bad to worse on the hour when Street doubled their lead when a low cross from the left was converted by Leighton Thomas.

Wellington enjoyed much greater possession for the final half-hour as they pressed to get back into the game without success.

The victory moved Street up into second place in the table and it doesn’t get any easier for Wellington who entertain unbeaten leaders Plymouth Parkway at the Playing Field on Wednesday, ko 7.45pm.

Hit for six by league leaders
Scroll to top