Wellington made their long-awaited return to action by picking up three crucial points from the Boxing Day basement battle at Bridport. 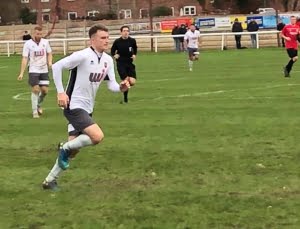 Manager Tim Legg had boosted his firepower with two new signings in the run-up to Christmas and one of them, Jake Quick, stole the show by scoring both goals before missing a late penalty to be denied a debut hat-trick.

Quick has joined his brothers Miles and Jason in moving across from Bishops Lydeard while the other new face was Patrick O’Halloran – although his impressive display was a one-off before returning to college in America.

The Bridport pitch had passed an early morning inspection and it was no surprise that both sides found the going heavy.

It was also no surprise that they looked ring-rusty in a scrappy opening as both were playing for the first time since the end of October.

Indeed, the first chance summed up the early exchanges as Bridport’s Jake Owen found himself in a great position but shot tamely at keeper Tom Welch.

Wellington got into their stride and a flowing break after ten minutes ended with O’Halloran’s rising drive being turned over by keeper Jordon Scadding.

The visitors began to stretch Bridport with Mason Raymond spraying the ball about from central midfield and it was from his pass midway through the half that they took the lead. He sent Jake Quick racing away to shoot low under Scadding.

The debutant nearly doubled his tally as he drilled wide after 37 minutes and, four minutes later, his brother Miles also had a one-on-one with Scadding but was denied by the keeper’s outstretched leg as Wellington went into the break with a one-goal advantage. 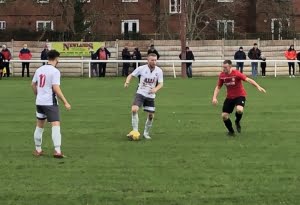 Bridport made a double change at half-time, including a switch of keepers, and their other sub Riley Greenwood-Neate fired just over the angle after 56 minutes.

But it was Wellington who always looked more dangerous with O’Halloran nearly rounding sub keeper Harrison Bruton, who pulled off a fine double save to deny Jake Quick and O’Halloran.

The visitors were nearly made to pay for not finishing off Bridport when another sub, Riley Weedon, missed a good chance but, after a couple of more close shaves at the other end, Wellington finally made the game safe with seven minutes remaining.

This time it was Miles Quick who was played in by O’Halloran and, when his shot came back off the post, Jake Quick was on hand to knock the ball into the empty net.

There was still time for the debutant to be given a chance of a memorable treble when a Tom Davies shot on the turn was handled and the referee pointed to the penalty spot but he blasted the kick against the crossbar.

That was the least of Wellington’s worries as the victory lifted them up into 16th in the table and definitely gave them something to build on for the New Year.