You are here: Home1 / Brooke makes debut in England win

Wellington footballer Brooke Aspin has made a winning start with the England Women’s Professional Development Phase Tournament Squad in the Algarve Tournament. 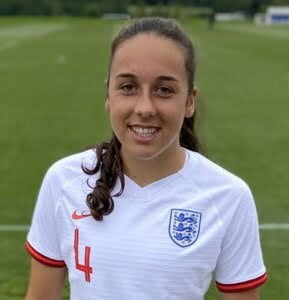 England came back from 3-0 to beat Norway 4-3 in their opening game with Brooke making her debut for the squad by coming on for the last 25 minutes.

She also scored during the subsequent penalty shootout – played after every match to prepare the players for next summer’s Euros – which England also won, 7-6.

Brooke, 16, already plays for England Under 17s and Bristol City Women in the FA Championship.

She played for Bristol City in their 3-0 win Watford on Sunday and then headed across London to link up with the rest of the England squad.

Moving up after away victory
Scroll to top