Tim passes on his knowledge to the U12s

You are here: Home1 / Tim passes on his knowledge to the U12s 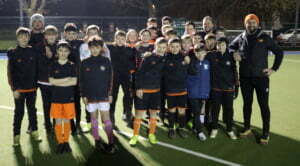 First team manager Tim Legg has been casting his eye over our stars of the future this evening.

He helped coached the U12s at their Monday night training session on the Astro at Wellington School.

Tim said afterwards: “I really enjoyed watching and being part of the training session.

“The players and the coaches were incredibly welcoming and I would like to thank them for having me along.

“The coaches and parents have obviously created a brilliant environment for them to enjoy football with an incredible 27 players wanting to play for the two teams.

“The players all applied themselves really well and the effort they put in was great. I’m sure in the not-too-distant future we will see many of them progressing through the pathway the club has and playing for the senior teams.

“I look forward to watching the two sides playing against each other this Saturday and then welcoming the players to our home game v Shepton Mallet afterwards.”

The U12s are run by brothers Joe and Alex Conway, who are helped by Tom Richards and Jon Stanyard.

Tim Legg and Tom Richards came up through our playing ranks in the same youth team and Tom said before this evening’s session: “Nights like tonight show there is a clear pathway from our youth teams right up to the first team.”

Joe Conway thanked Tim for getting involved and for passing on his experience to the youngsters. 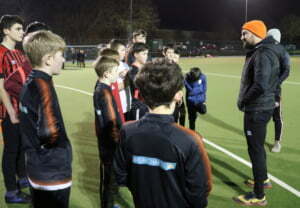 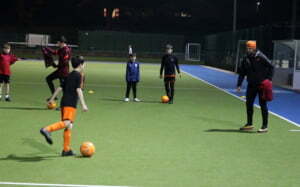 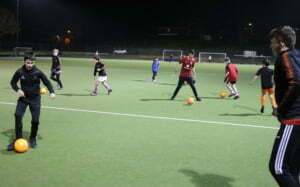 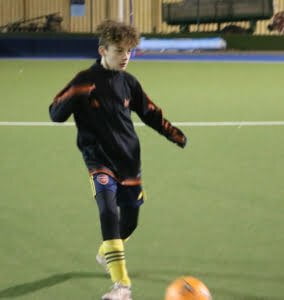 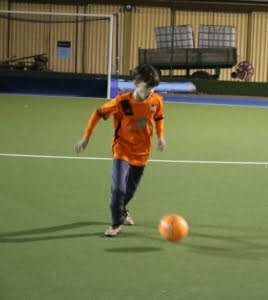