Towler makes it a hat-trick of draws

You are here: Home1 / Towler makes it a hat-trick of draws

Wellington entertained eighth-placed Shepton Mallet at the Playing Field on Saturday and earned themselves a merited point with a late equaliser from midfielder Sam Towler.

A scrappy game resulted in a third successive home draw for Tim Legg’s side. 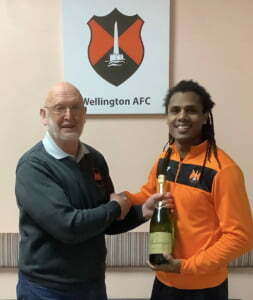 The visitors started the better mainly through Jacob Sloggett who had a couple of early shots, one of which brought Wellington keeper Shay Allen into action with a comfortable save while Wellington struggled to gain meaningful possession.

Shepton were very robust in their play and were soon at odds with the referee and, with 20 minutes gone, one dissent too many earned Sloggett a visit to the sin bin while popular ex-Wellington keeper Stuart Parris, now on the Shepton bench, earned himself a yellow card.

Wellington worked their way into the game with some better play but were unable to create any clear chances and were restricted to efforts from Towler, one of which brought a save from Tom Easterboook in the Shepton goal, and Nicholson, who was just wide with a well struck shot following a good build-up.

At the other end, Allen was again in action to save from Josh Williams and Conrad Peck shot wide from a good position.

The second half started much the same as the first with Shepton pressing and Aaron Seviour shot wide and Joe Morgan, who was the pick of the visitors’ forwards, brought a fine save from Allen.

Wellington nearly got on the scoresheet when a cross was drilled across the face of the Shepton goal but somehow evaded waiting players.

A Morgan header produced a save at full stretch from Allen, who has been in impressive form, before, with just 15 minutes remaining, Shepton took the lead when Wellington lost possession and a quick through ball found Seviour in space and he blasted the ball past the advancing keeper.

Wellington appealed for offside but the goal stood and Allen’s protests saw him dispatched to the sin bin with Miles Quick taking over between the sticks.

Scott Merritt replaced Jason Quick and, shortly afterwards Mason Raymond replaced Douglas Camilo who had produced one of his best games with a battling display.

Wellington continued to fight and, with just minutes remaining, a long Miles Quick throw-in was headed on by Tom Stone and fell at the far post where Towler was on hand to force home for a well-earned, but justified, point.

While not playing as well as they had the previous week, Wellington had produced another good team effort.

PHOTO ABOVE: Camilo was named man-of-the-match and received the award from club secretary Jeff Brown. Action shots from the game below – click on the first image and scroll through … 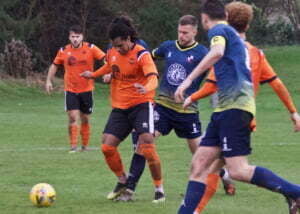 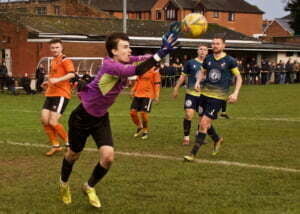 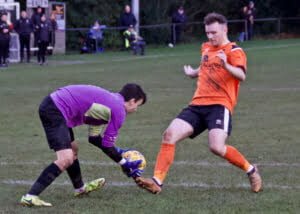 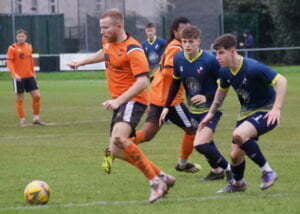 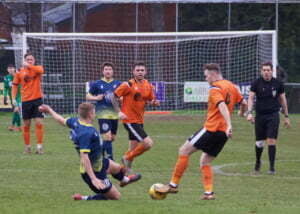 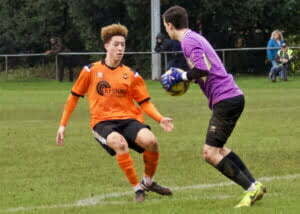 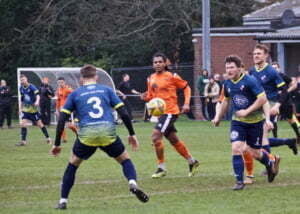 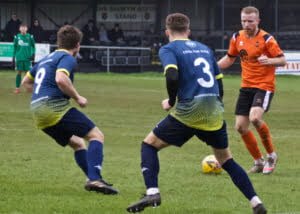 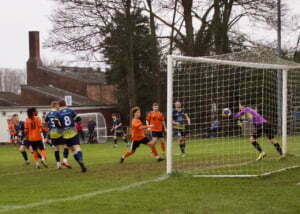 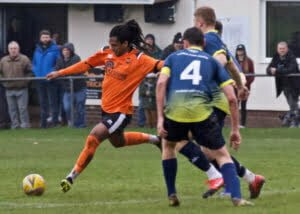 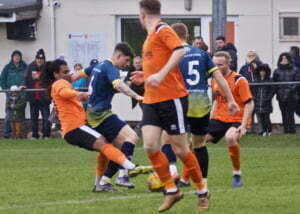 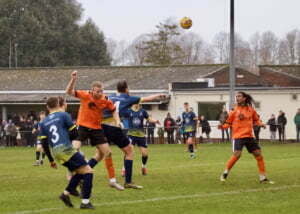 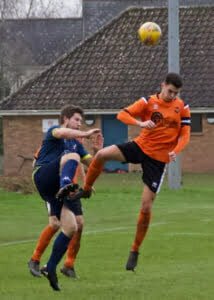 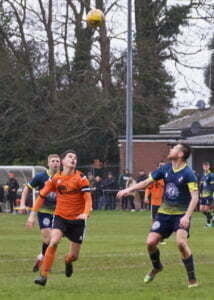