Twins combine for the double

You are here: Home1 / Twins combine for the double

The Quick twins combined to give Wellington a late winner over Keynsham at the Playing Field.

The game was heading for a goalless stalemate with five minutes to go when Jason swung over a cross from the left and Miles headed home at the far post. 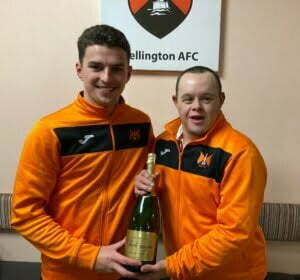 It made it four successive home games unbeaten for Wellington and also completed the double after a 1-0 victory at Keynsham in November.

It was the only standout moment in a disappointing contest, not helped by a strong wind, and chances were at a premium.

The closest either side came to scoring in the opening 45 was near the break when a Wellington corner dropped to Douglas Camilo who saw his effort cleared off the line.

It was a similar story in the second half although Wellington had to defend well to keep out a couple of threats by the visitors.

But a draw still looked on the cards until the Quicks linked up to secure the points.

PHOTO: Skipper Harry Walford was named as man-of-the-match and received the award from club helper and supporter Daniel Aspin.

Action shots below – courtesy of the Around Wellington website. Click on the first image and scroll through … 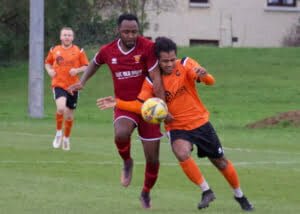 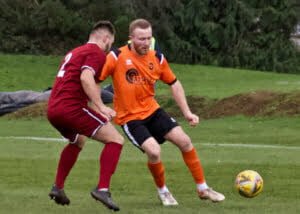 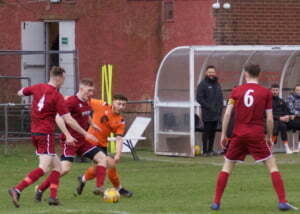 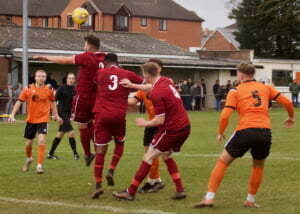 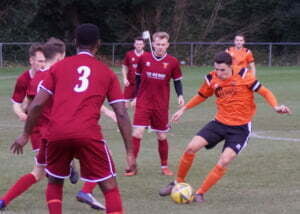 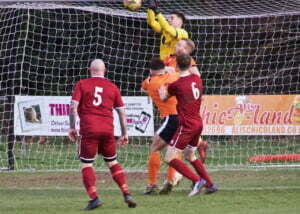 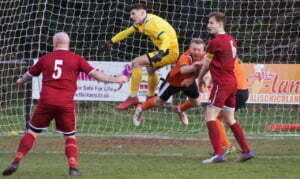 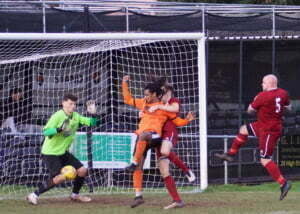 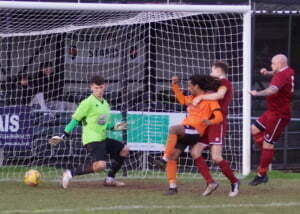 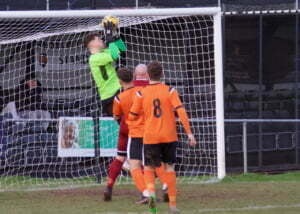 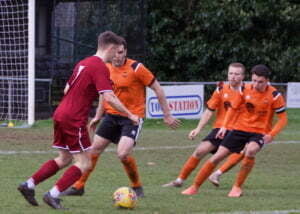 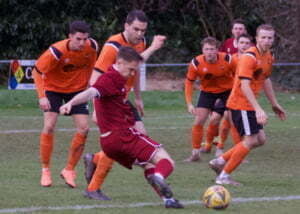 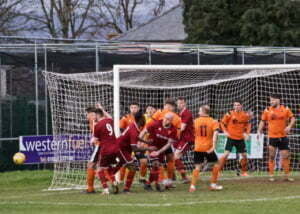 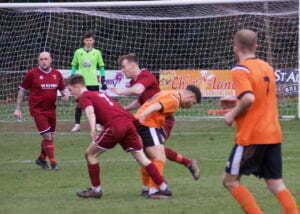 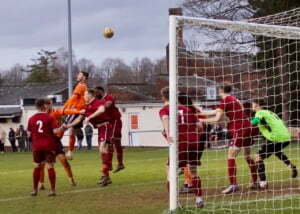