You are here: Home1 / Ian returns as goalkeeper coach

We are delighted that iconic keeper Ian Nott has returned to his home-town club to become our goalkeeper coach.

Ian, who came up through our youth ranks, played in goal for 13 seasons with Tiverton Town – including two FA Vase victories – and also played for Taunton Town and Minehead.

While with Taunton, he made played in the FA Cup aged only 15 and, at the time, was believed to be one of the competition’s youngest ever players.

Current joint manager, Tim Legg said: “It’s great to have someone of Ian’s experience on board and I am sure all our keepers in the club will benefit from his knowledge.”

Tim is pictured welcoming Ian back to the Tangerine Army before last night’s friendly at Exmouth Town. 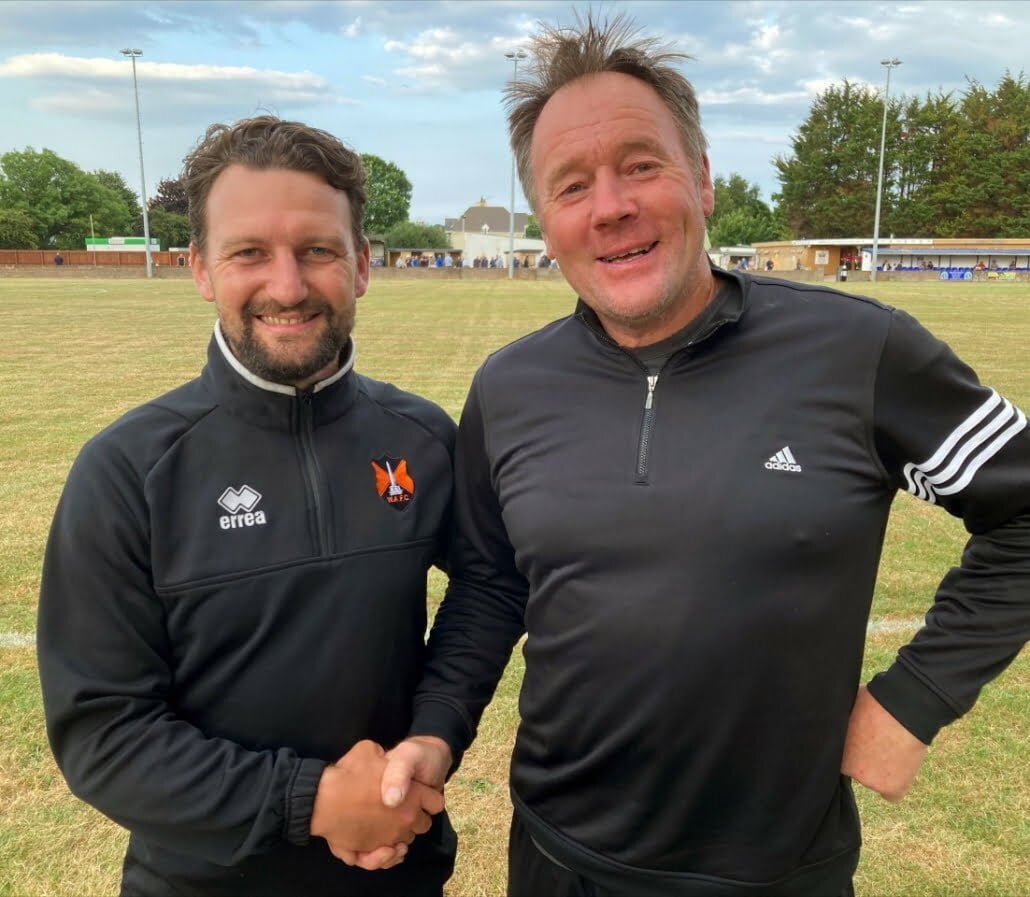 All change for first team in 2023
Scroll to top