You are here: Home1 / Disappointing home defeat for first team

Wellington’s stop-start February continued as they conceded the double to 17th-placed Brislington at the Playing Field.

This month has yielded two rare away wins but has also seen Wellington lose twice on home turf – something they will be looking to put right when they entertain Cadbury Heath in our next match on March 2nd.

Manager Clive Jones had said before the game that he intended to rest a number of players who were carrying injuries and so that meant Mitch Woodgate coming in for keeper Josh Mclean, Lewis Tasker replacing Jack Bown-Porter at left-back and Josh Wadham returning for Joe Chamblerlain out wide.

With the promising Aaron Hawkings dropping back into the Reserves to get some game time and George Rogers also not present, that meant the squad was fully stretched and the last thing Jones needed was to lose two key players inside the opening half-hour.

You have to feel for skipper Sam Bryant, whose injury jinx returned again as he limped off after 13 minutes to be replaced by young Lewis Pocock.

And six minutes later, it was central defender Tom Hawkings in the wars after a heavy challenge by Brislington’s George Saunders saw him sustain a nasty foot injury, which removed him from the action.

That saw the introduction of Paolo Borges, forcing Jones into yet another reshuffle and so it was little wonder Wellington gave a disjointed performance in a disappointing game. 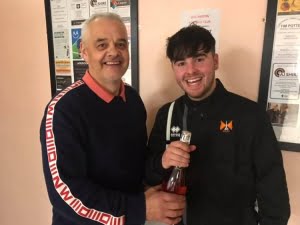 Hawkings had almost given the home side the lead inside the first minute as he rose to meet a Tasker corner but his header dropped just wide.

But it was Brislington who held a slight edge in the first half without being able to break the deadlock. Christian Ayaabah saw his shot blocked after the ball had gone over the head of Woodgate, who later produced a smart save to keep out Mason Dagger’s stinging volley. At the other end, a powerful free-kick by Tasker took a deflection but visiting keeper Liam May also saved well.

The visitors took game to Wellington after the break and went ahead after 55 minutes as a corner came over from the right and the ball was bundled over the line by defender Jason Llama.

Chances were few and far between and Jones introduced Joe Wylie for his first-team debut with 18 minutes remaining – the youngster showing a few promising touches in his brief introduction to Western League football.

The home side finally produced a decent threat on goal with three minutes left as Wadham played a lovely ball into the box, which Conor Bryant stretched to head goalwards but keeper May was also at full-stretch to turn it round the post.

And Brislington had the final say in the final minute of normal time when they were awarded a free-kick just outside the Wellington box and Mike Rimmer’s thundering drive beat Woodgate to seal the points.