A team stay top despite defeat

You are here: Home1 / A team stay top despite defeat

After an early morning pitch inspection at the Recreation Ground, Wellington reversed their fixture against Bridgwater Sports to Kingsdown Pavilion. 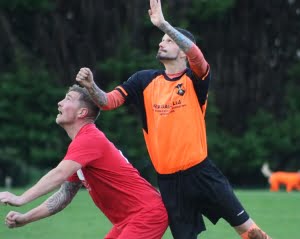 Wellington arrived in no doubt that this would be a tough game. Not only were Bridgwater Sports unbeaten, but they had also finished in the top three of division one every year since the league’s inception in 2013.

The folding of their third team and consequential relegation of the first team to Division Two left the Tangerine Army feeling they were playing in the FA Cup first round.

Wellington were boosted in defence with the return of Tom Davies but he marked his return by avoiding a clear red card after chopping down a Bridgwater attacker in the box as the last defender. The resulting penalty gave Bridgwater an early lead.

The first half continued in similar fashion. Bridgwater were the better team and Wellington A were struggling to find their B game. Bridgwater had extended their lead to 3-0 before Tom Scarlett forced a one-handed save on to the crossbar and Jordan Sellick powered the ball into the side netting from six yards.

A losing at half-time team talk was not something that returning assistant manager Will Hammond had had to deliver yet. But for all the negativity and disappointment at the break, there was a determination from the team to play for the badge and individual pride in the second half.

Crucially, a switch in formation made for a much more positive and encouraging display and the only goal of the half was claimed by Wellington substitute Aaron Merry. 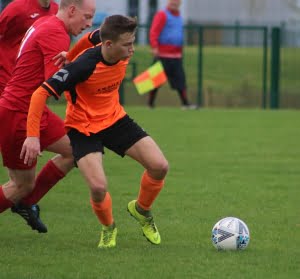 Had a following scramble in the box seen the ball poked in for a second goal, Wellington may have had every chance of claiming a dramatic point. Despite this, ‘winning’ the second half and not conceding gave the side something to take forward.

Wellington remain top of the table and will look to press home this advantage on Saturday at home against Bridgwater and Albion.

Midweek defeat for firsts in Bristol
Scroll to top