Stylish Reserves make it three out of three

You are here: Home1 / Stylish Reserves make it three out of three

The Reserves comprehensively maintained their perfect start to season by making it three wins from three as they entertained Westexe at the Playing Field in front of another bumper crowd. 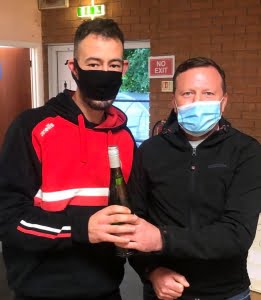 As with the previous two games, Wellington came out with high tempo and were ahead after only five minutes. Good work down the left saw Liam Thorne release Josh Baker who drove in a low cross which was met first time by the incoming Wes Poulsom for the opener.

However, Westexe came back immediately and some neat football saw them set their striker clear on goal. Luckily for Wellington his shot smacked the crossbar and was eventually cleared. Westexe were very much in the game and Wellington were too fast to relinquish possession and were somewhat off the pace for a good ten minutes after taking the early lead. But eventually their composure began to return and their class started to show again.

Wellington increased their lead on 25 minutes. A smart quick free-kick on the right-hand side of the halfway line released Wes Poulsom. He carried the ball to the edge of the area before firing in a low cross to the back post for the ever-willing Thorne to smash home.

Wellington were now in the ascendancy and creating chances at regular intervals. They further increased their lead through Brad Holmans in the 35th minute. Good passing down the right led to Rohan Poulsom squaring his pass for a precise first time finish passed the diving keeper.

In between the second and third goals, keeper Rob Hall was called upon to foil another one-on-one and just before half time saved a well driven free-kick after another bit of sloppy defending by the home side. But an entertaining first half ended with Welly three to the good.

The second half was equally as entertaining as the first. Westexe started the brighter but were not creating any clearcut chances. As Welly got into gear again, they soon started to exert their dominance. Chances were being created and it soon 4-0. Rohan Poulsom got himself a deserved goal, holding off players in the box before driving home from 12 yards on 58 minutes. 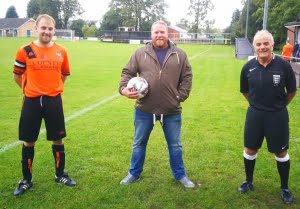 But disappointingly they let their standards slip in the75th minute and a defensive error let in a Westexe player to leave Hall with no chance. A really poor goal to concede.

Welly would, however, finish with a flourish. Jake Nicholl replaced the injured Thorne in the 75th minute and the 78th minute saw the long-awaited reintroduction of striker Luke Perry who had been out for well over year after suffering cruciate knee ligament damage.

The natural finisher took no time in getting back to doing what he does best. With 80 minutes on the clock and only two minutes into his return, he instinctively smashed in Welly’s fifth from eight yards after a goalmouth scramble.

A minute later he was at it again as Nicholls’ low left wing cross was perfectly met by Perry who drove a first time shot into the net – only for it to chalked off for offside.

It mattered not. Only two minutes later, Perry got his second and Welly’s sixth. Again, Nicholl delivered a cross from the left and Perry was there to complete the scoring. A wonderful return to football for a committed and talented lad who has trained so hard to get back on to the pitch.

The players and staff would like to thank Richard Johnson and Leon Sprague of Monument Building Services for being the matchball sponsors.

They would also like to thank those who joined them in their minute’s applause before the game in memory of regular supporter Jules Westcott who sadly passed away recently. Our thoughts are with his family and friends.

PHOTOS: Brad Holmans is seen (above right) receiving the man-of-the-match award from Darren Salter and Richard Johnson is pictured (above left) ahead of the game with skipper Mark Owen and the referee.

A team make progress in cup