Luke’s back in charge of A team

You are here: Home1 / Luke’s back in charge of A team

We are delighted to welcome back Luke O’Hara as manager of our A team who play in division one of the Taunton and District Saturday League. 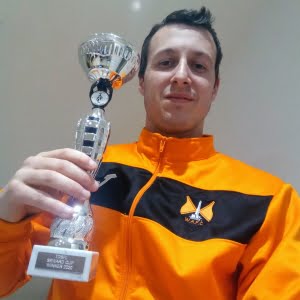 He takes charge again after joint bosses Mark Johnson and Stephen Cooney announced they were stepping down.

Luke led the side to two promotions and they also lifted last season’s Seward Cup after winning the held-over final in October.

He decided to hand over the reins to concentrate on playing but increased work commitments mean both Mark and Stephen have now decided they can’t devote enough time to the job.

The club turned to Luke to see if he would help out and he has gone one better by agreeing to run the side again on a permanent basis.

Chairman Mike Hall said: “We were really sorry to hear the news from Mark and Stephen but it’s completely understandable and we thank them for their work during their short stunt in charge.

“However as one door closes, another opens and we are so pleased Luke is back at the helm.

“He’s a popular figure in the club and did a great job in his first spell in charge.”

Luke also paid tribute to the departing managers, saying: “I genuinely enjoyed captaining the side under them and it definitely helped the team having someone on the sidelines.

“So, with that, I am going to take a step back from playing and I will hopefully continue the progress they made with the team.”

In other news, we are pleased to welcome Anthony Trimm to the club as he joins our Ladies team as coach.

Lockdown brings our football to a halt

A team return by beating leaders
Scroll to top