Our first team’s third and final friendly resulted in a keenly contested draw away to Elmore, who play in the South West Peninsular League, last night (Friday, 16th).

Manager Tim Legg was able to field a strong line-up and we went ahead after only ten minutes when midfielder Miles Quick pounced on a defensive error to knock the ball into an empty net. 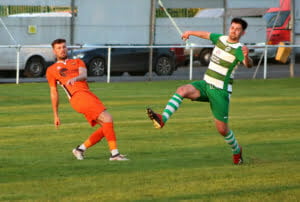 Although both sides worked hard, there were no further clearcut openings until half-time approached.

Elmore thought they had equalised after 36 minutes, only for the ‘goal’ to be disallowed for a push, but they were not to be denied and, two minutes later, they did draw level as Jordan Hewitt chipped the ball home after we had failed to clear our lines. 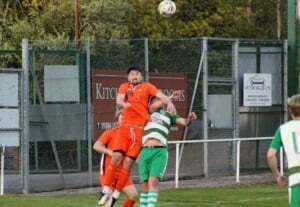 The second half got off to a dramatic start with two penalties awarded in the space of two minutes.

First, Elmore were awarded a spot-kick for holding in the box and Connor Stone gave the home side the lead. 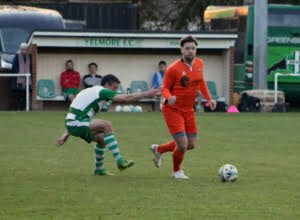 There was more drama after 65 minutes when Ollie Holman was scythed down just outside the box as he rounded home keeper Harrison Burton, who was shown a red card.

Both sides re-organised with Legg switching to three at the back but ten-man Elmore were able to hold firm.

Legg said afterwards: “It was a competitive game and a good workout but I was disappointed we didn’t win.”