Mr T takes over the A team!

We are delighted to have appointed Warren Toth as manager of our A team, who play in division one of the Britannia Lanes Taunton & District Saturday League. 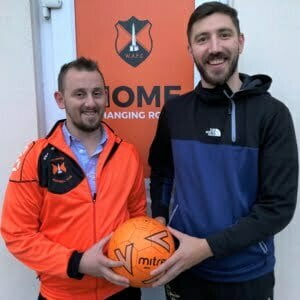 He takes over from Luke O’Hara, who has stepped down from his second spell in charge because of family commitments and is also hoping to qualify as a referee this month.

Luke led the side to two promotions and to winning the league’s Seward Cup.

Warren started playing for Wellington in their youth teams and has captained the A team for the past two seasons.

He will be assisted by fellow player Connor Porter who was also Luke’s number two.

Warren said: “I am looking forward to taking over the job and can’t wait to get going properly.

“We’ve got some good young lads coming through and so hopefully we can help develop them as well.

“Luke has done a fantastic job and we appreciate the time and effort he has put into running the squad and wish him all the best.”

“We’re delighted to have Warren on board,” he said. “I think it says a lot for our club that he joins Tim Legg (first team manager) and Steve Trevelyan (Reserves boss) in coming up from our youth ranks.

“We wish Warren every success in the role and would also like to say a huge thank-you to Luke for all his hard work.

“He will always be assured of a warm welcome at Wellington AFC.”

PHOTO: Warren is pictured, left, at the club with Connor.