Manager reflects on first half of season

You are here: Home1 / Manager reflects on first half of season

As we return to action after an enforced break of nearly a month, manager Tim Legg has been giving his thoughts on the first half of the season.

Here’s what he had to say: 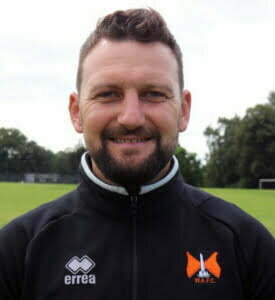 I think so far there has been good progress. We are playing attractive and entertaining football and we are beginning to be more competitive against the better teams in the league.

Performances are becoming more consistent and, although the results have been indifferent, I think they will improve as we go into the second half of the season.

With the break that we have had, it has allowed the players to rest and recover so we currently have no injuries. This gives us a full and competitive squad as we go into the new year.

We are excited to get going and continue to battle to try and get into the top half of the league.

We have put ourselves in a good position to achieve this and we will give everything to try and get there.

After 19 games of a 36-match season, we currently lie 15th in the table but have games in hand on the sides above us.

We can also look forward to a run of home games with four successive Saturdays at the Playing Field, starting v Street tomorrow (January 15th).

That will be followed by visits from leaders Tavistock (22nd), Shepton Mallet (29th) and then Keynsham Town (February 5th).

Sandwiched in between that run is a trip to Exmouth Town for a Les Phillips Cup tie on February 2nd.