Back to winning ways in the sunshine

You are here: Home1 / Back to winning ways in the sunshine

Wellington got back to winning ways with a three-goal salvo against Cadbury Heath at a sunny Playing Field.

Tim Legg’s side had gone eight games without a victory but they put that right with a dominant display against the side immediately below them in the league. 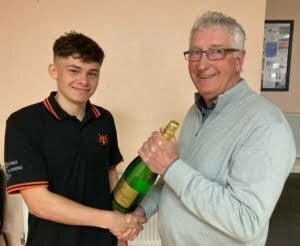 After a disappointing performance in midweek, Legg opted to play Jordan Casey up front with Jake Quick in behind him and the move certainly paid dividends.

Wellington were on top from the start and went ahead midway through the half with a quality goal from Sam Towler who curled a superb shot into the top corner from outside the box.

They were unable to add to their tally though and Cadbury Heath stunned the home crowd with an equaliser out of nothing after 66 minutes, Matt Huxley nodding the ball forward before shooting home.

The Wellington response was immediate as Casey set up Jake Quick with a neat layoff and he stroked the ball home.

The points – and a revenge win over the Bristol side – were wrapped up with a third goal with five minutes remaining.

Jake Quick’s cross was pushed out to Nathan Byrne whose effort was cleared off the line for the hard-working Casey to slot home the rebound.

The match took place on Non-League Day and thanks to everyone who gave to the collection for Prostate Cancer UK which raised £154.75.

PHOTO: Our man-of-the-match was young midfielder Eli Collins who received the award from supporter and former player Bob Trott.