You are here: Home1 / Awards night for men’s teams 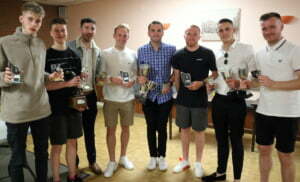 In his welcoming address, chairman Mike Hall said “With the last two seasons cut short by COVID this is our first presentation evening since May 2019.

A number of the people who were there that evening at the Beambridge are sadly no longer with us – we miss them but they will always be in our thoughts.

“Tonight is all about celebrating the achievements of our three men’s senior sides and I will leave it to the individual team managers and coaches to talk about their season and to thank those who have helped and supported them over the last nine months or so.

“On behalf of the club, I would like to thank Warren (Toth), Steve (Trevelyan) and Tim (Legg) for all they have done in successfully guiding their teams through what has been a challenging, enjoyable and sometimes seemingly never-ending season. Thank you, guys, you should be proud of what you have achieved”

Mike went on to thank the club’s sponsors for their continued support through what has been an economically challenging period. Without their support the Club would not be able to maintain the level of provision that it currently offers to those who wish to play football for Wellington. Their support will never be taken for granted.

He then passed over to the team managers to give a summary of the season and announce their team award winners.

The team finished fifth in Division 1 of the Britannia Lanes Taunton Saturday League and were losing finalists in the League’s West Somerset Rosebowl.

Award winners for the A Team were:

Mike Hall then presented Robbie Walker with the Under 18s’ Most Promising Player Award. Robbie has already made ten appearances for the A team and travelled as substitute for the Reserves on four occasions.

Steve Trevelyan, Reserves manager, thanked James Baker and Mike Owen for the support they had provided in helping to run the team during the season.

He also thanked the club’s officers and committee for their help and support and the team sponsors for their financial help with match day sponsorship and man of the match awards.

The season had not been without its difficulties, which meant that a number of players had been used from the A team and youth teams but this had given a number of young players the opportunity to start progressing through the club.

The team finished fifth in Division 1 of the Joma Devon & Exeter League.

Award winners for the Reserves were:

Tim Legg, First Team manager, felt everybody should celebrate that, after two reduced seasons, a full season of football had been possible. He congratulated Steve and Warren on their work with the Reserves and A Team and the number of local players they were bringing into the club.

In respect of the First Team, he felt that the season had been successful in what was a tough league. With coach Alex Pope, he was trying to develop an entertaining style of play which he felt had been achieved.

He thanked the players for their support and commitment leading to them achieving their highest position in the Toolstation Western League Premier Division since 2009/10 (14th) and had equalling the club’s longest run in the FA Vase (third round).

Tim went on to thank the support he had received in particular from Alex Pope, Tony McCullum, Megan Farrant and Mike Hall. He also thanked the officers of the committee, the volunteers for their help on match days, the sponsors and the supporters especially those travelling to matches at Mousehole and Helston.

He felt that the future for the club was exciting with work being undertaken towards a new ground and with the number of young players who are progressing through from the youth teams to the senior teams.

Award winners for the First Team were:

In closing the evening, Mike Hall thanked all of the volunteers who helped the Club on matchdays and the support they provided to all of the teams.

Picture gallery below – click on the first image and scroll through … 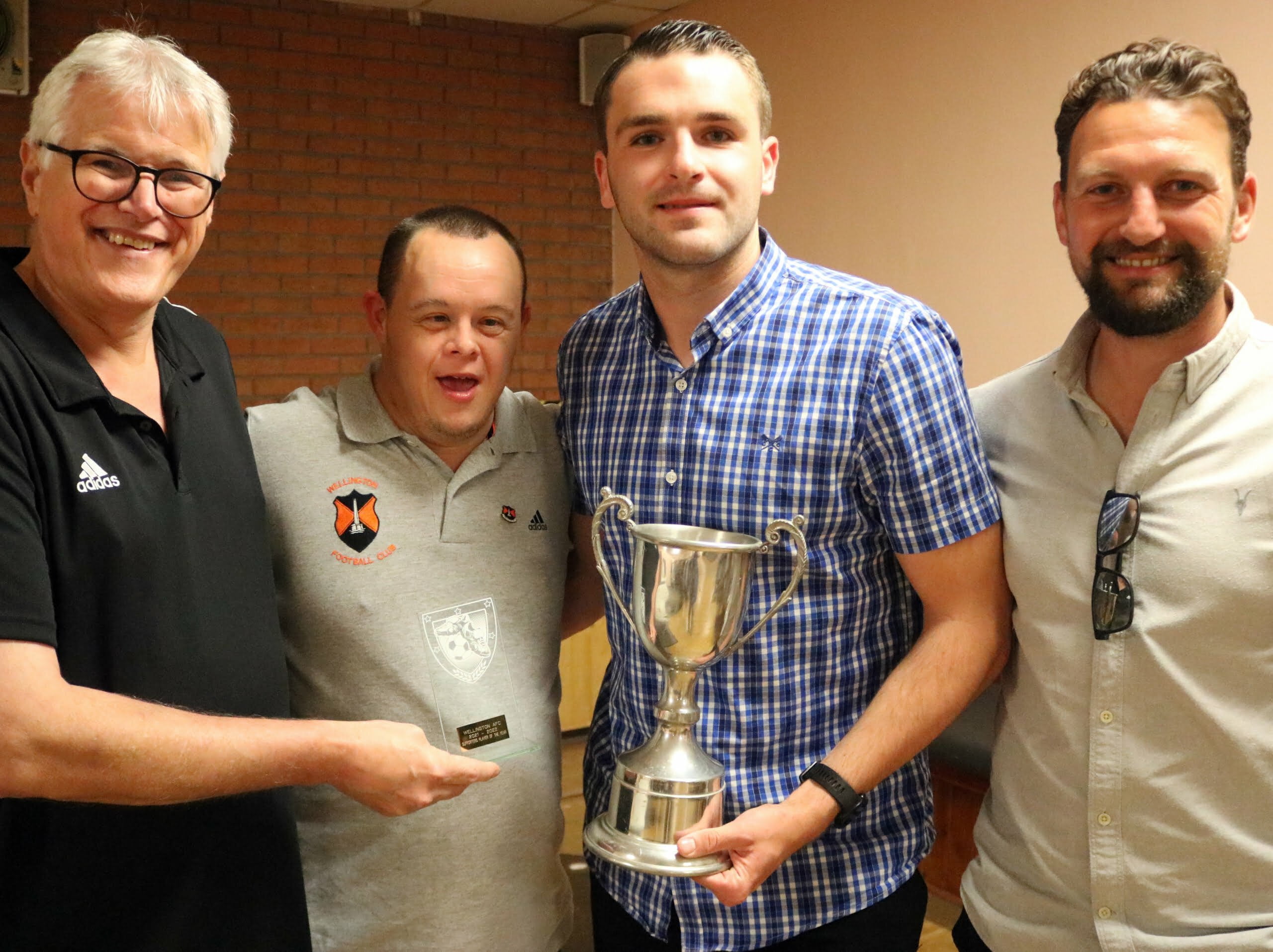 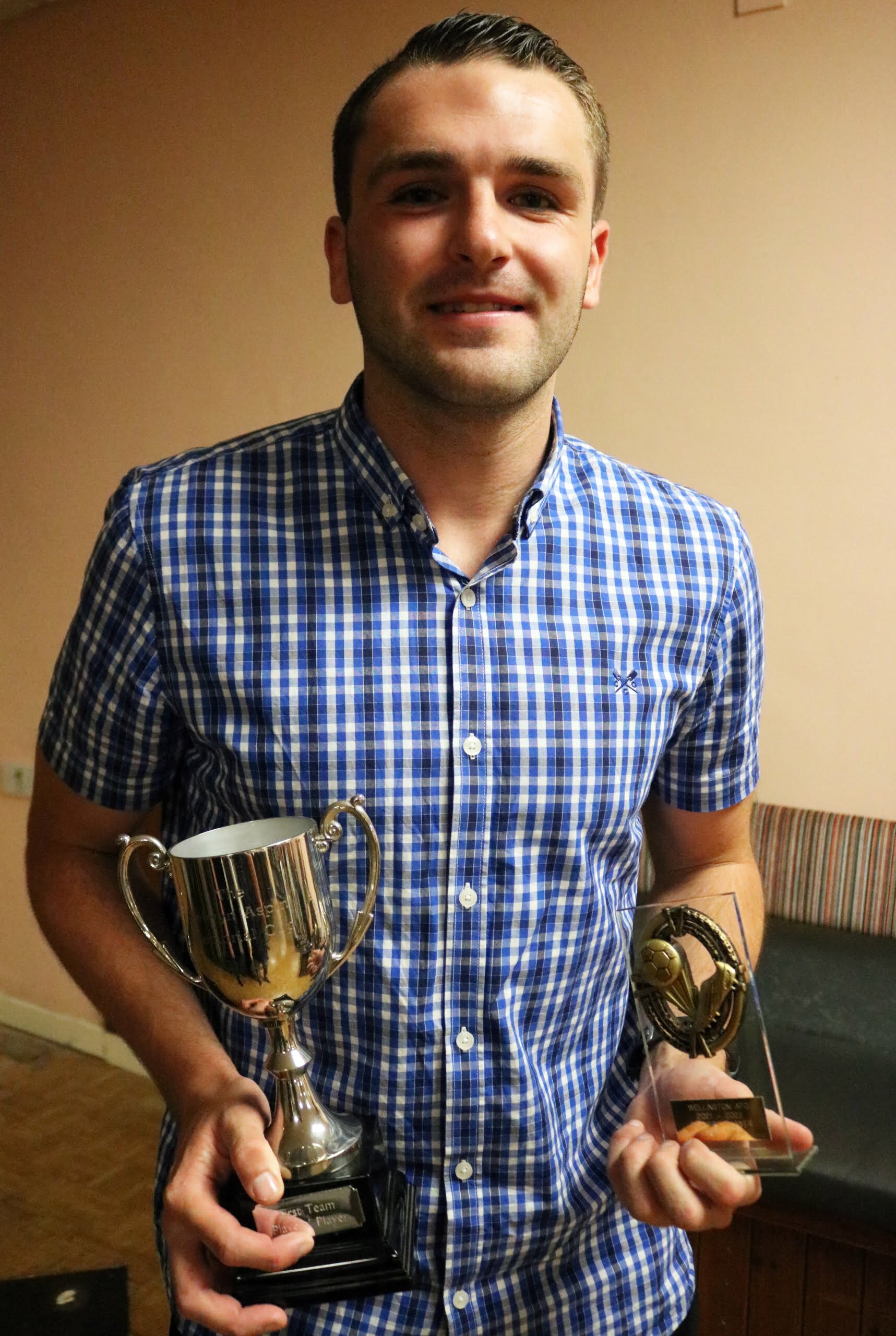 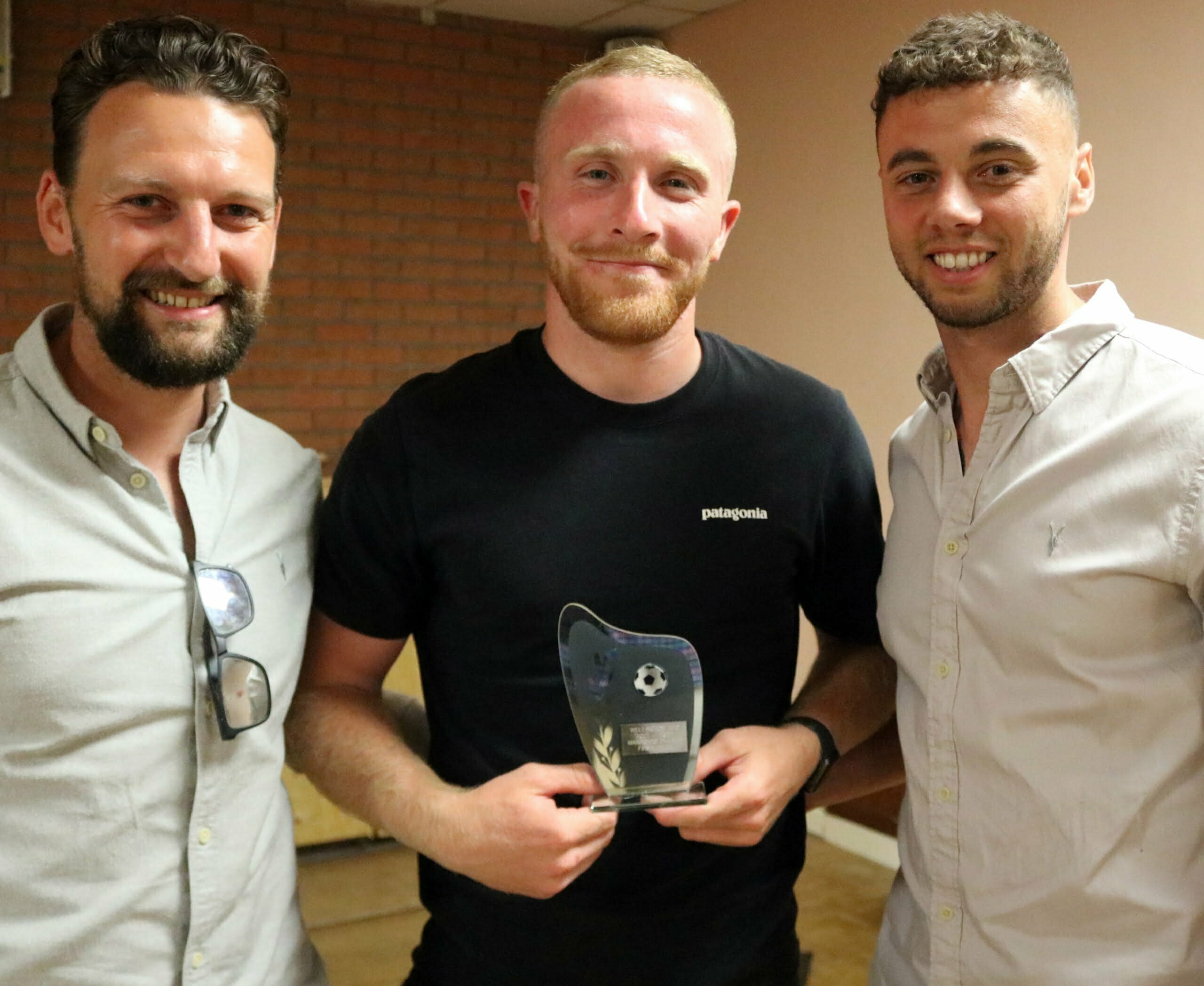 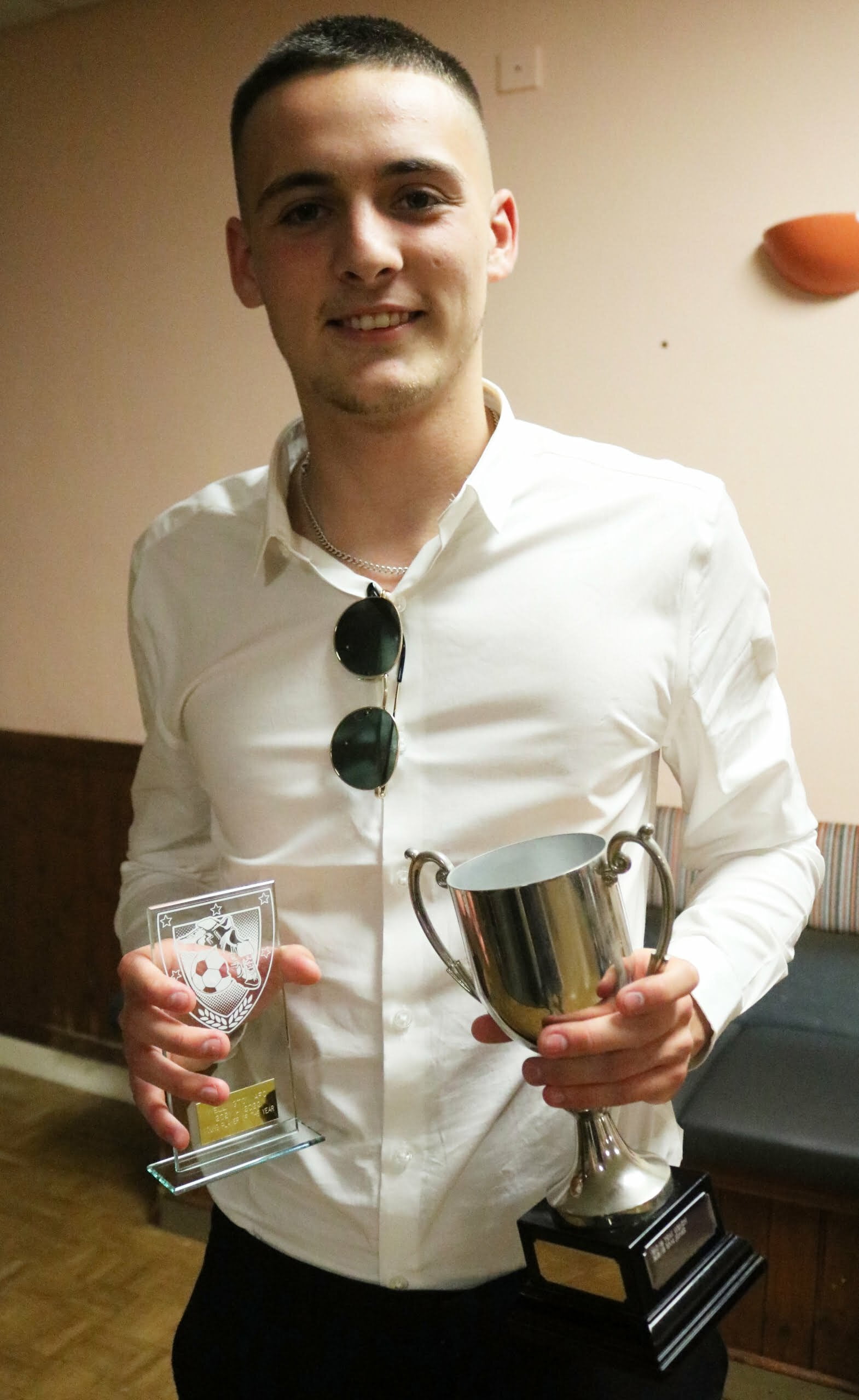 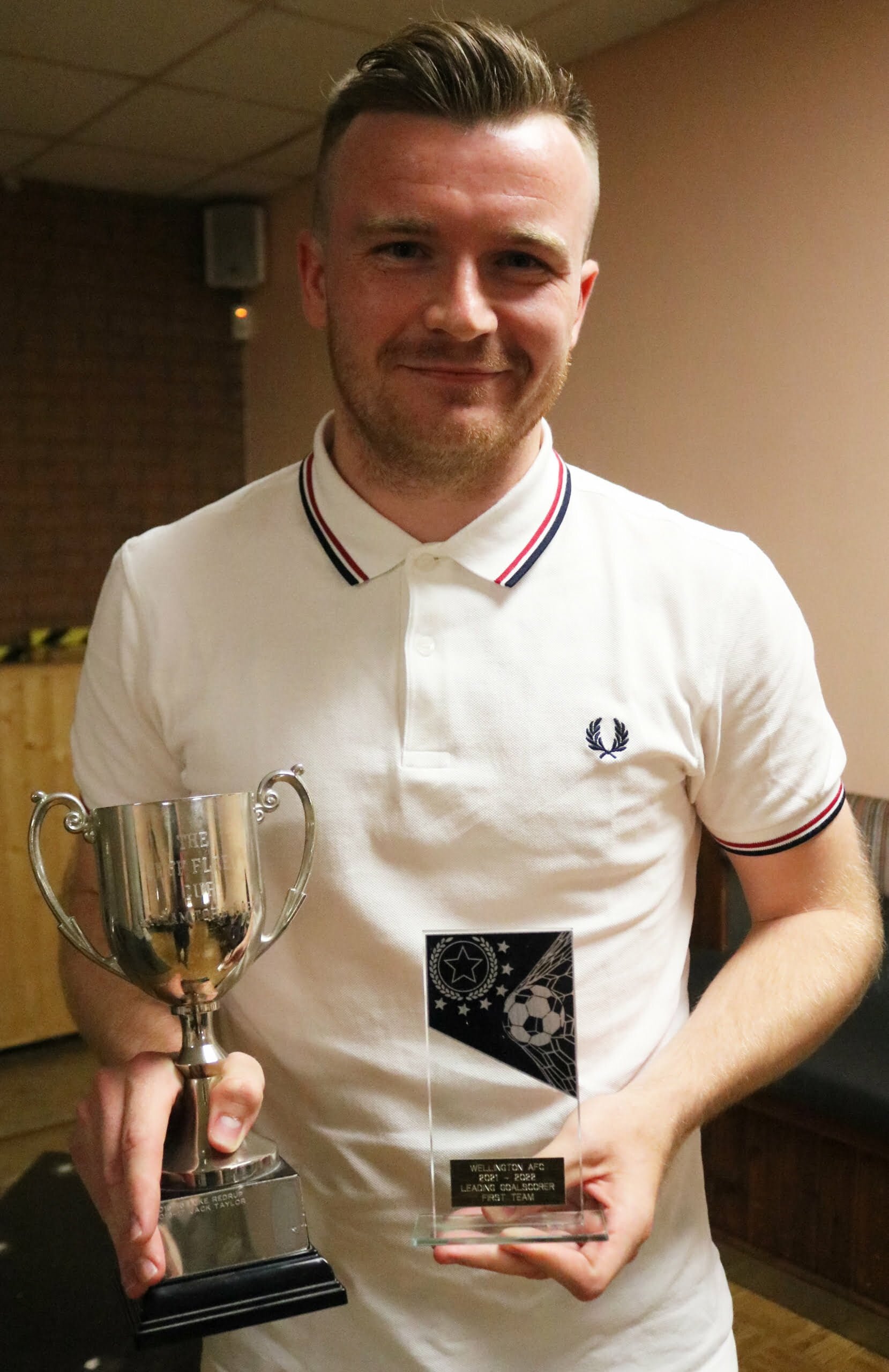 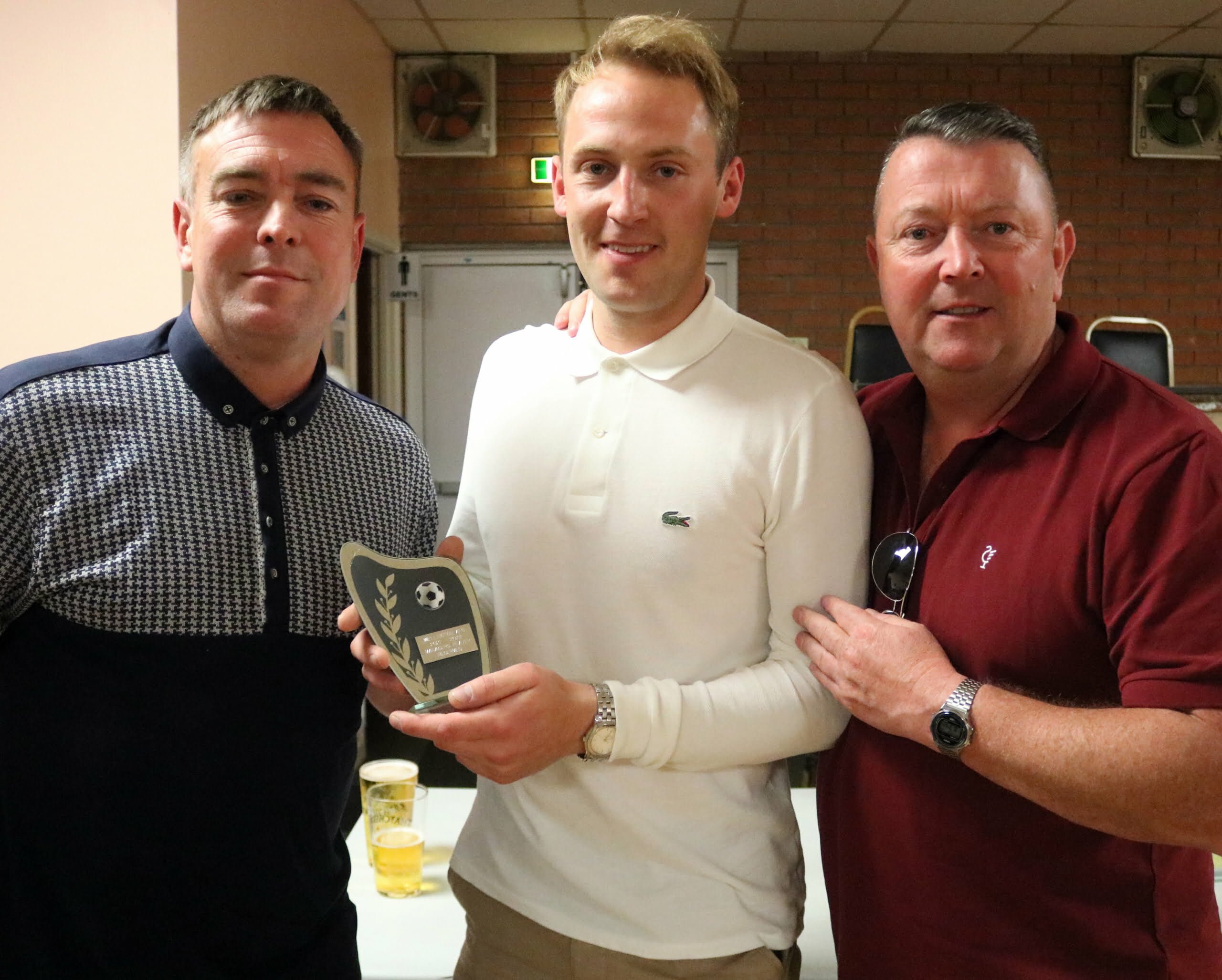 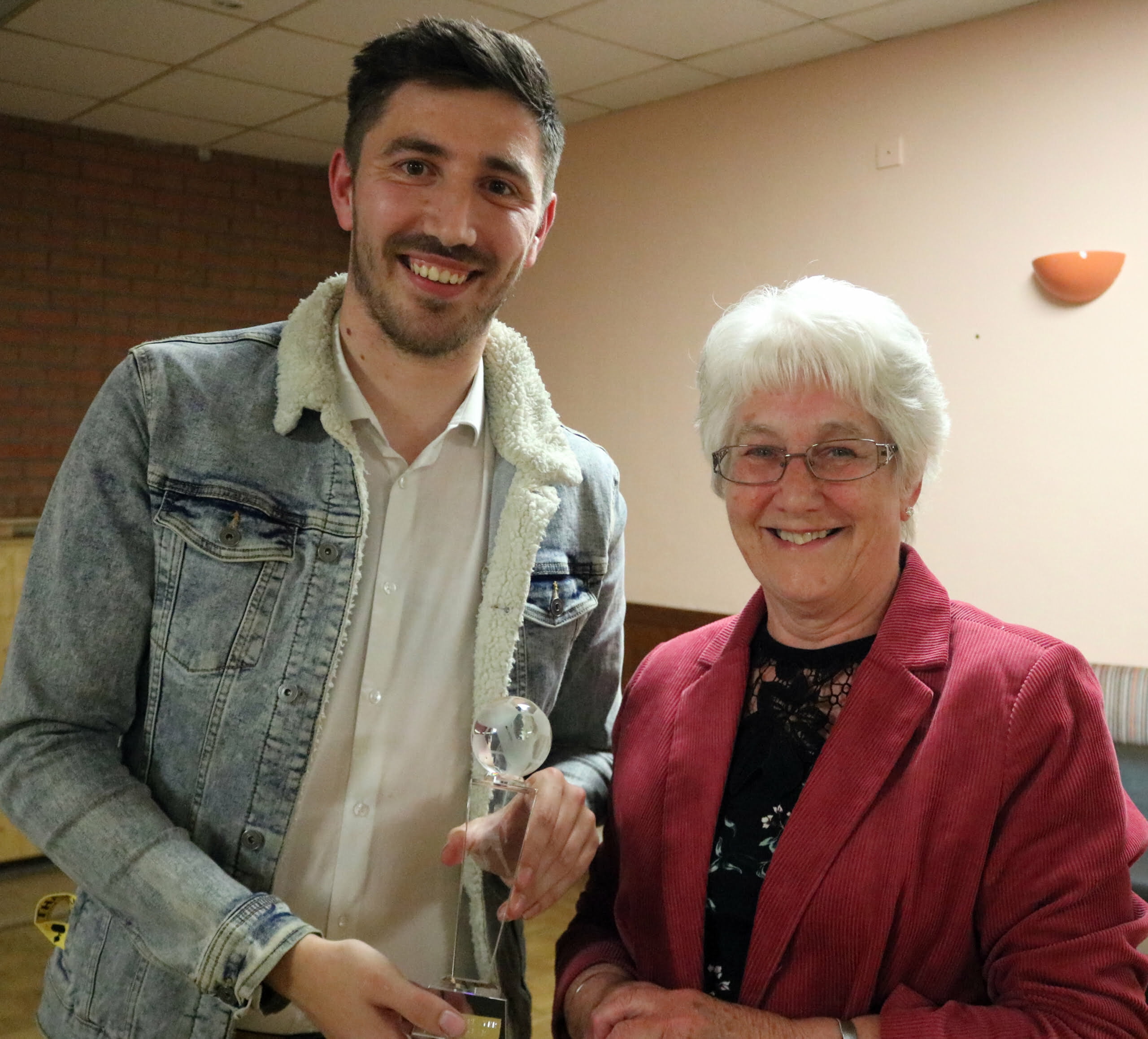 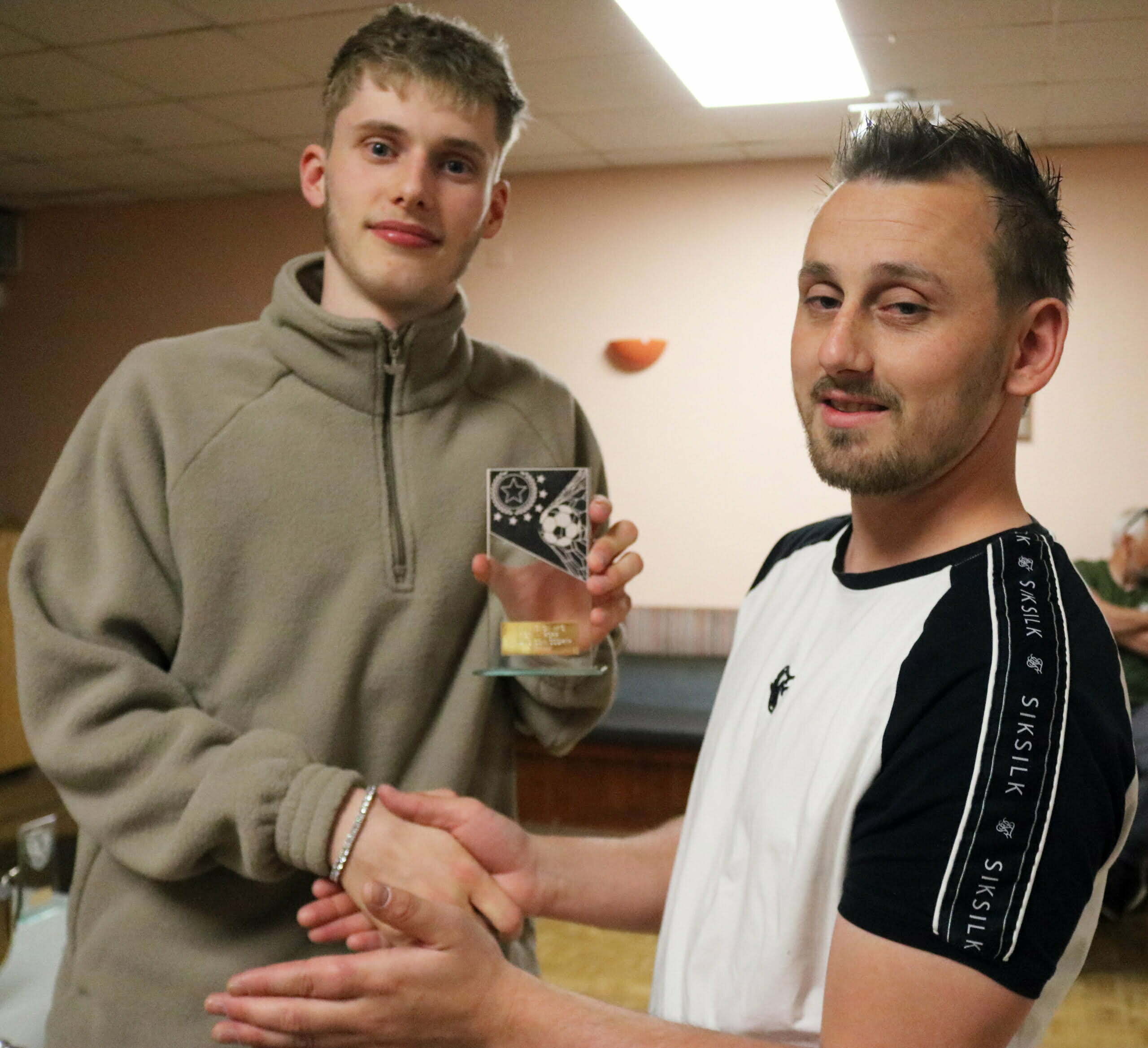 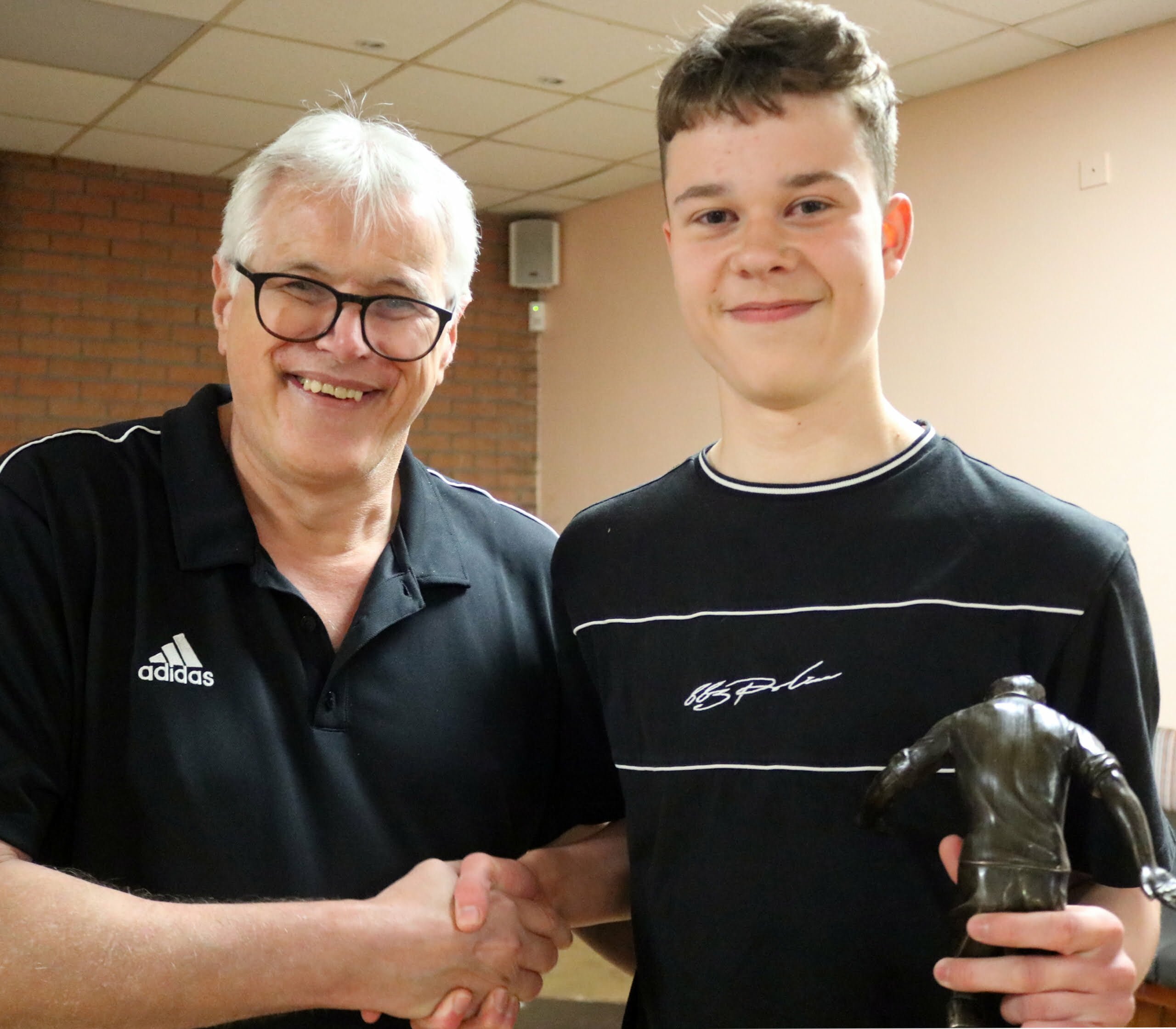 Robbie Walker, Under 18s’ most promising player, with Mike Hall.

Chairman’s thanks to Reserves bosses
Scroll to top