An injury-time goal robbed Wellington of an opening day win away to Falmouth Town this afternoon (Saturday, 30th).

But that doesn’t tell the full story of an incident-packed game, which will have seen the visitors travelling home from Cornwall with extremely mixed feelings.

Falmouth clinched a hat-trick of honours last season and sealed their return to the league for the first time since 1983.

Backed by their vociferous supporters, they were determined to start the campaign in style … Wellington had other ideas and came within minutes of spoiling their big day.

Despite missing some key players, they turned in an excellent all-round performance and nearly held out for the win despite being reduced to ten men – and temporarily to nine – in the closing stages.

Wellington went ahead after 21 minutes when a ball into the box by young midfielder Eli Collins was skilfully swept home by defender Tom Stone.

They thought they had doubled their lead eight minutes later when Miles Quick turned in a low cross by Jamie Nicholson but his effort was ruled out for offside.

At the other end, keeper Rob Hall pulled off a superb reaction save to keep it at 1-0 while Wellington went close again as an electrifying run by Nicholson ended with keeper Ryan Barnes blocking his effort.

Wellington held their lead until the break and almost made it 2-0 shortly after the restart. The outstanding Nicholson threaded the ball through to Joe Chamberlain and, although his shot beat Barnes, a Falmouth defender got back to clear off the line.

The home side then sparked wild celebrations by scoring the first goal of their Toolstation return after 63 minutes as striker Jack Bray-Evans headed home a corner – only for Wellington to regain their lead almost immediately.

Collins played the ball forward to Miles Quick, who made room for himself before poking the ball past Barnes from 12 yards.

Wellington looked set for the points until the game’s pivotal moment after 73 minutes. Collins, who had already been booked, received a second yellow with the visitors claiming it was a case of mistaken identity.

The referee consulted with his assistant on the opposite side of the pitch but stuck with his decision and Collins was dismissed with 17 minutes remaining.

Things turned from bad to worse as Chamberlain was sin-binned shortly afterwards, leaving Wellington with only nine men for ten of the remaining minutes.

During this time, they survived a frantic scramble – in which Falmouth were adamant the ball had crossed the line – as they clung on to their lead.

But their resolve was broken two minutes into injury-time when the ball was played into the box, headed across goal and Bray-Evans gleefully snapped up his second of the game to earn his side a share of the spoils.

Wellington were left deflated at the final whistle but could hold their heads high from a display which offers much promise for the season ahead. 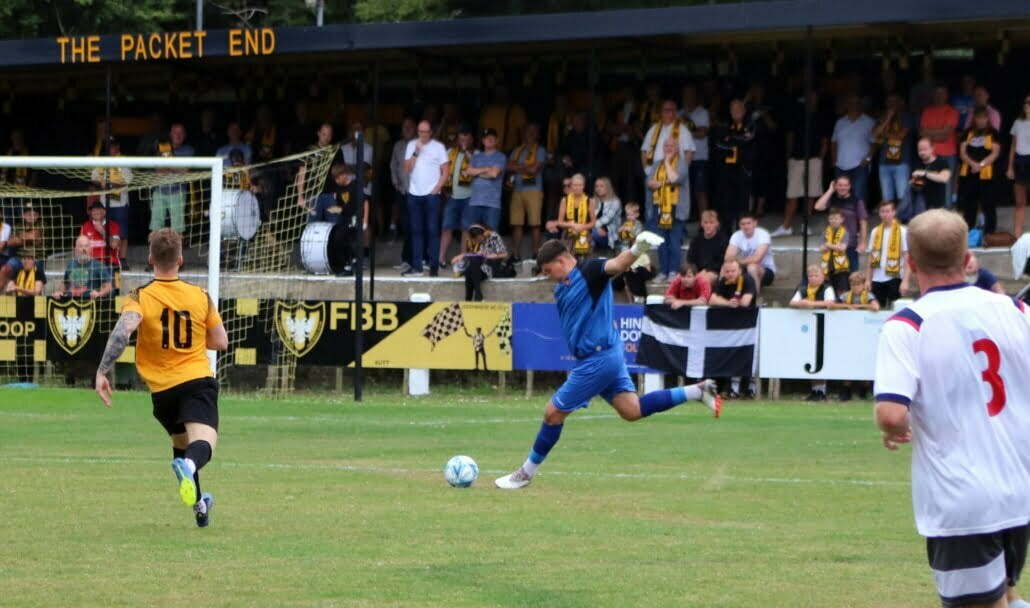 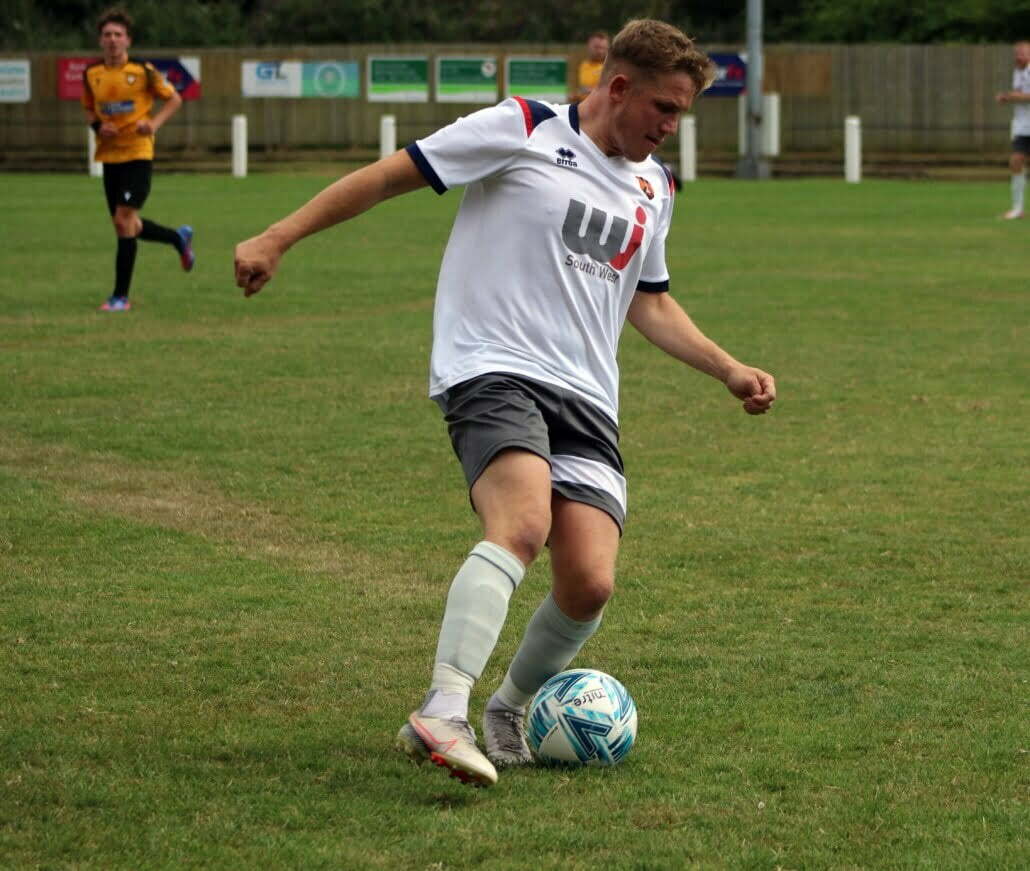 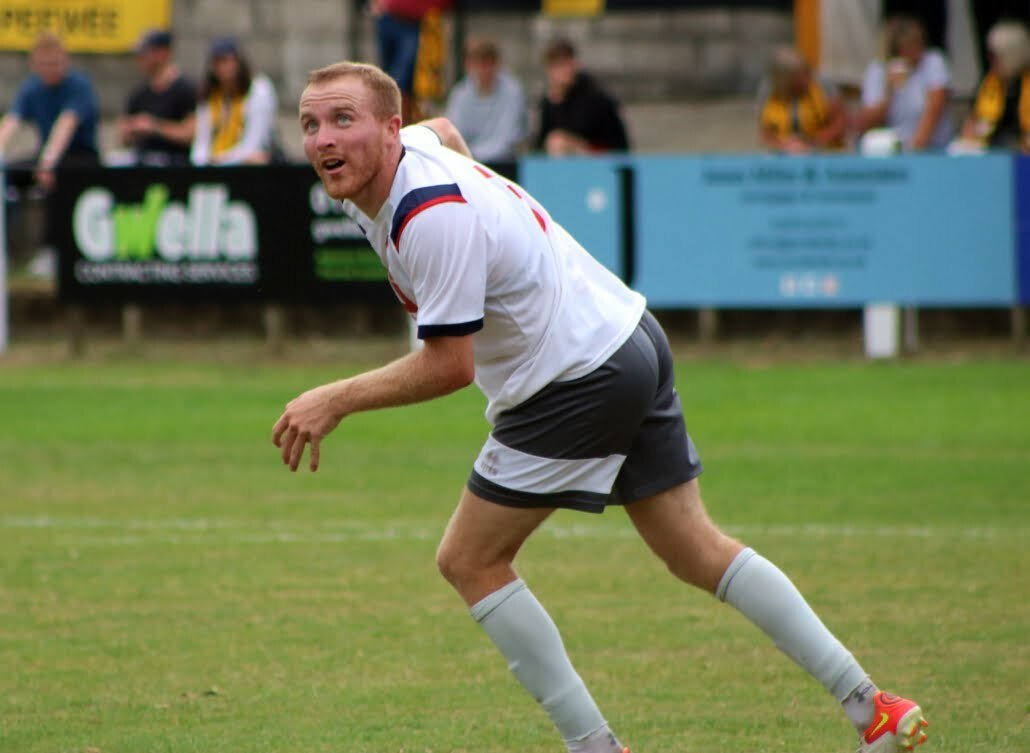 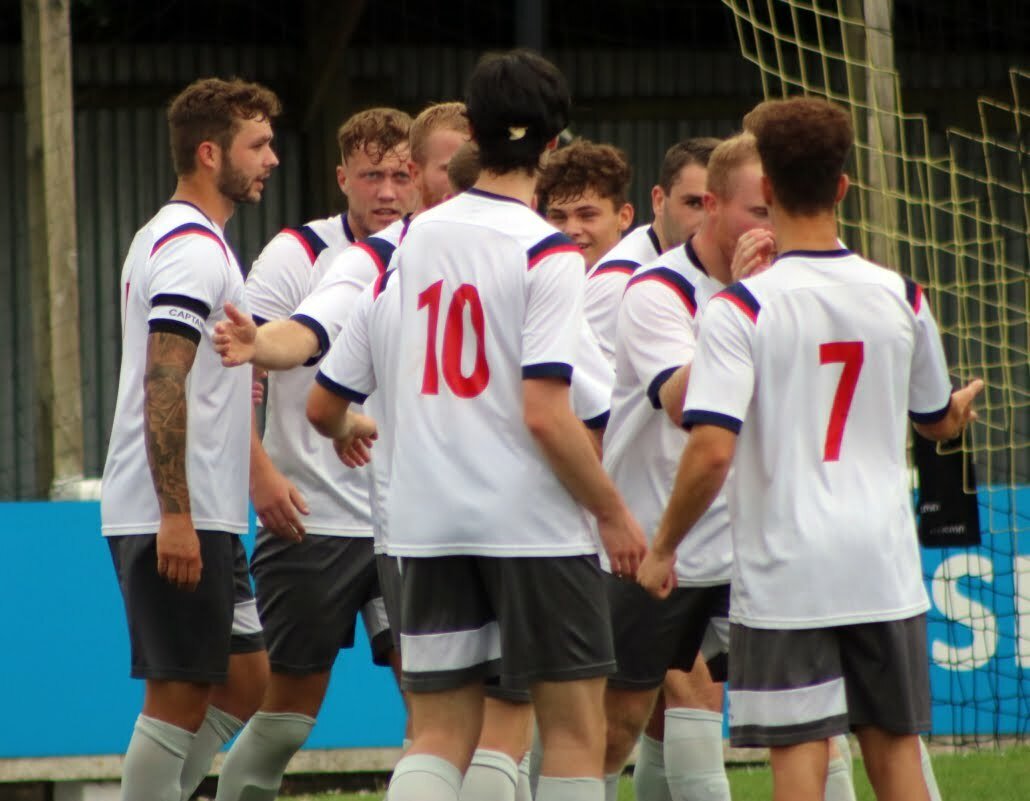 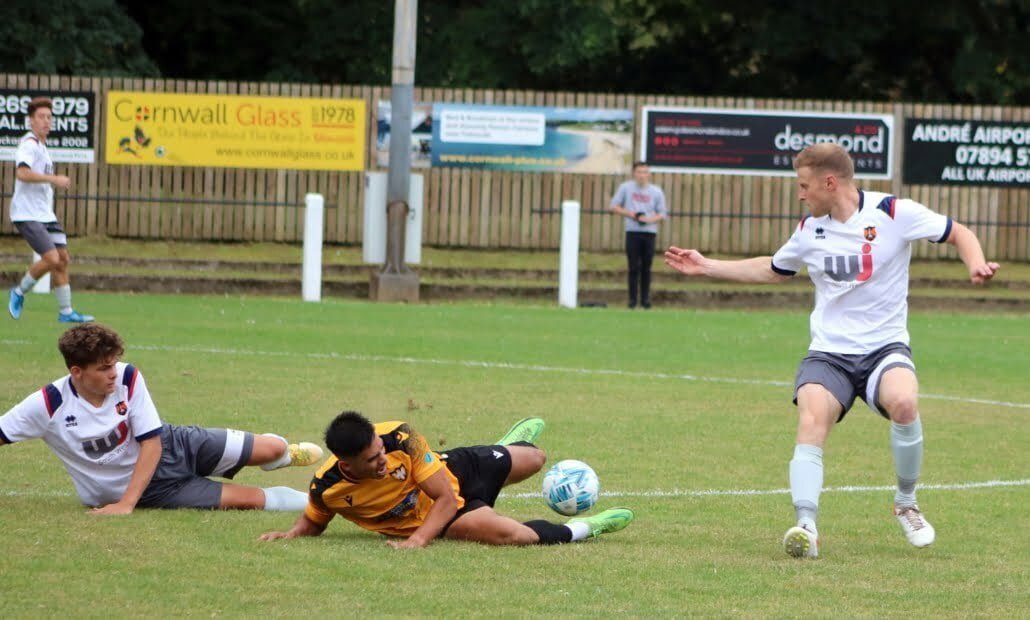 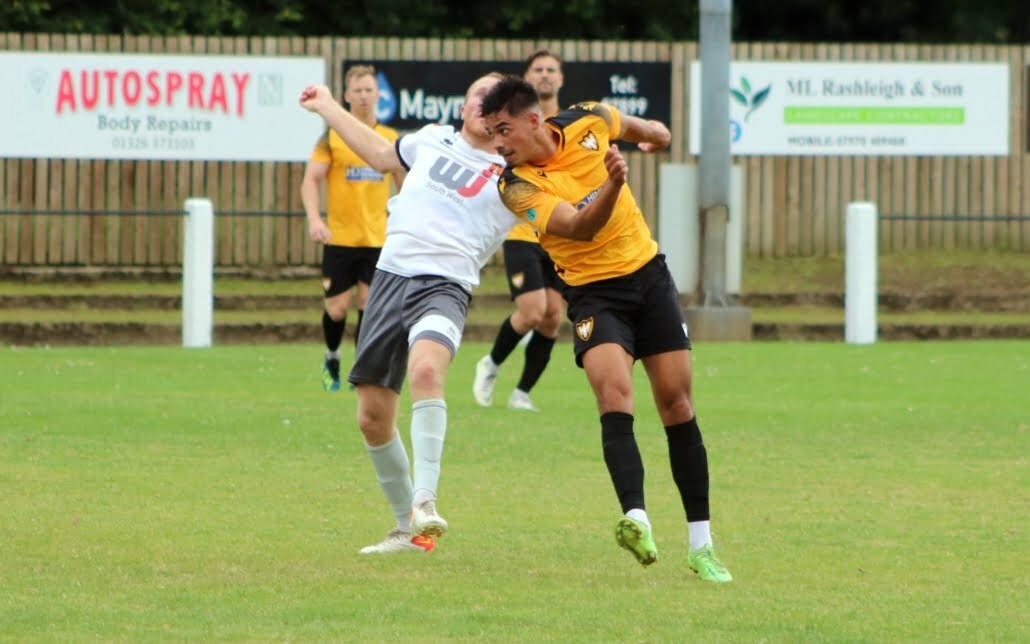 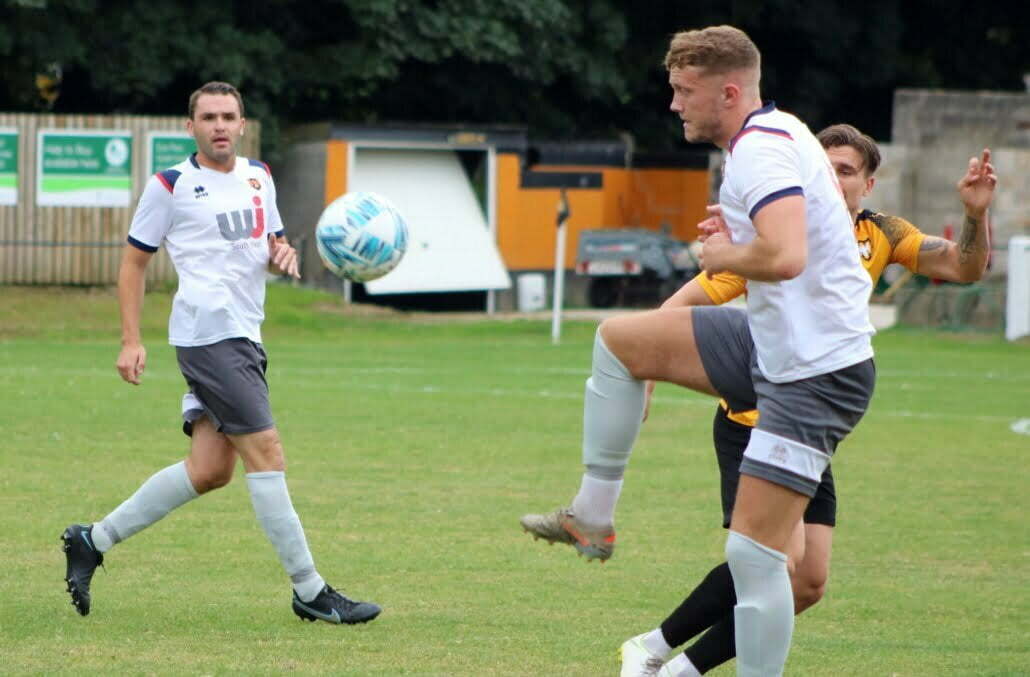 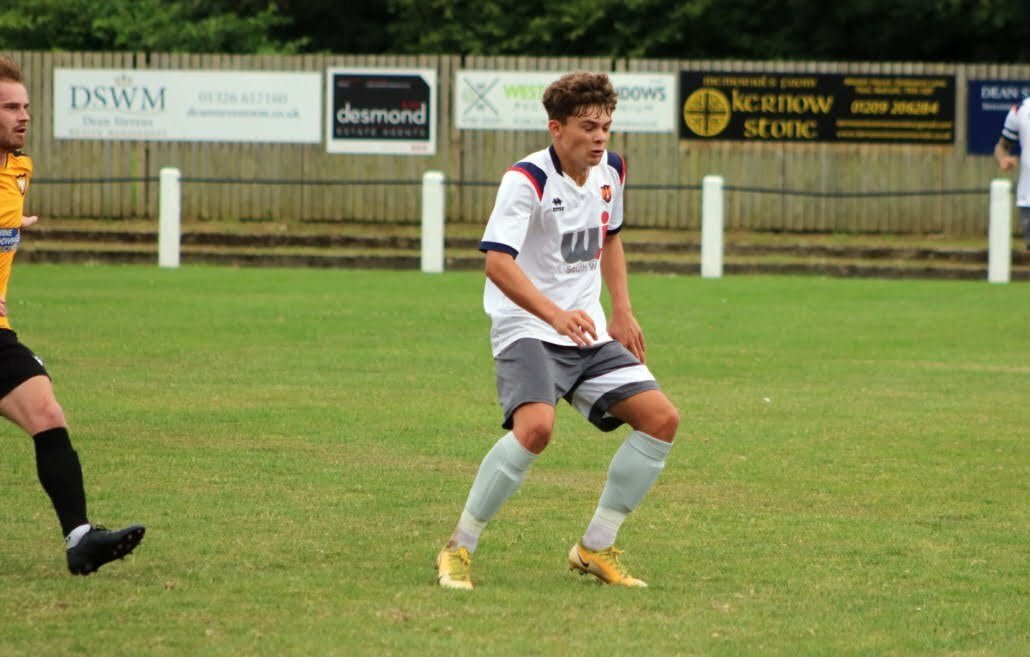 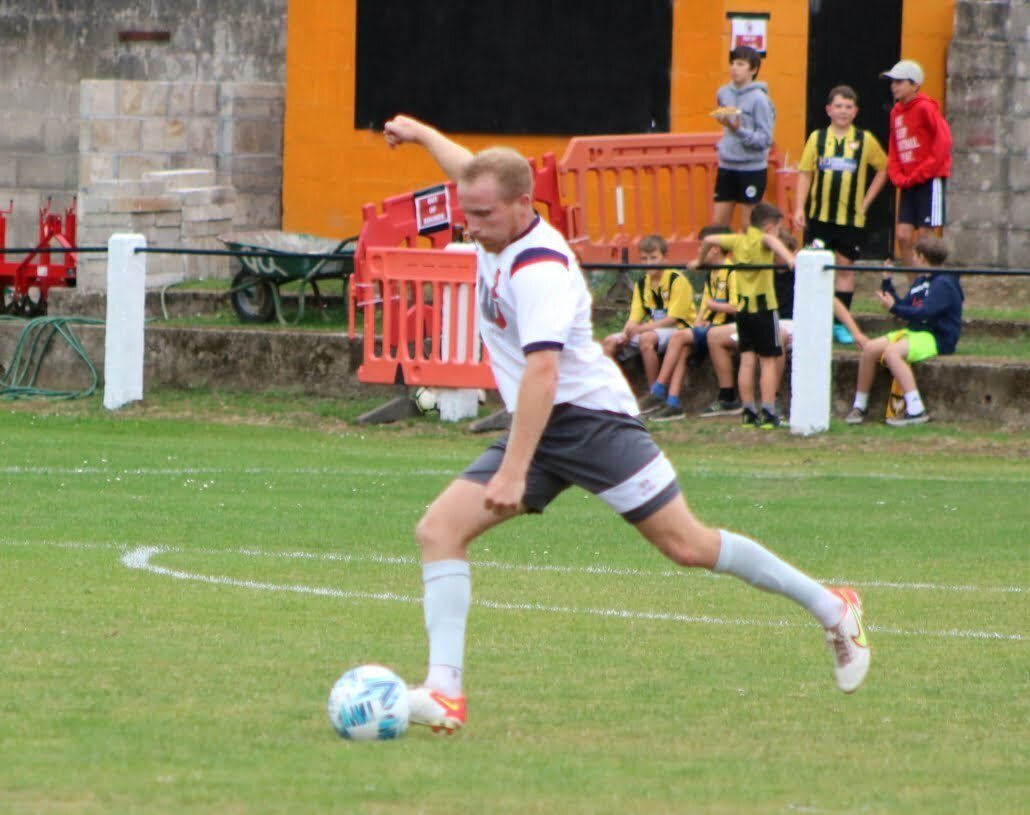 Reserves start friendlies with a draw

We’re joining in the Euros celebrations!
Scroll to top